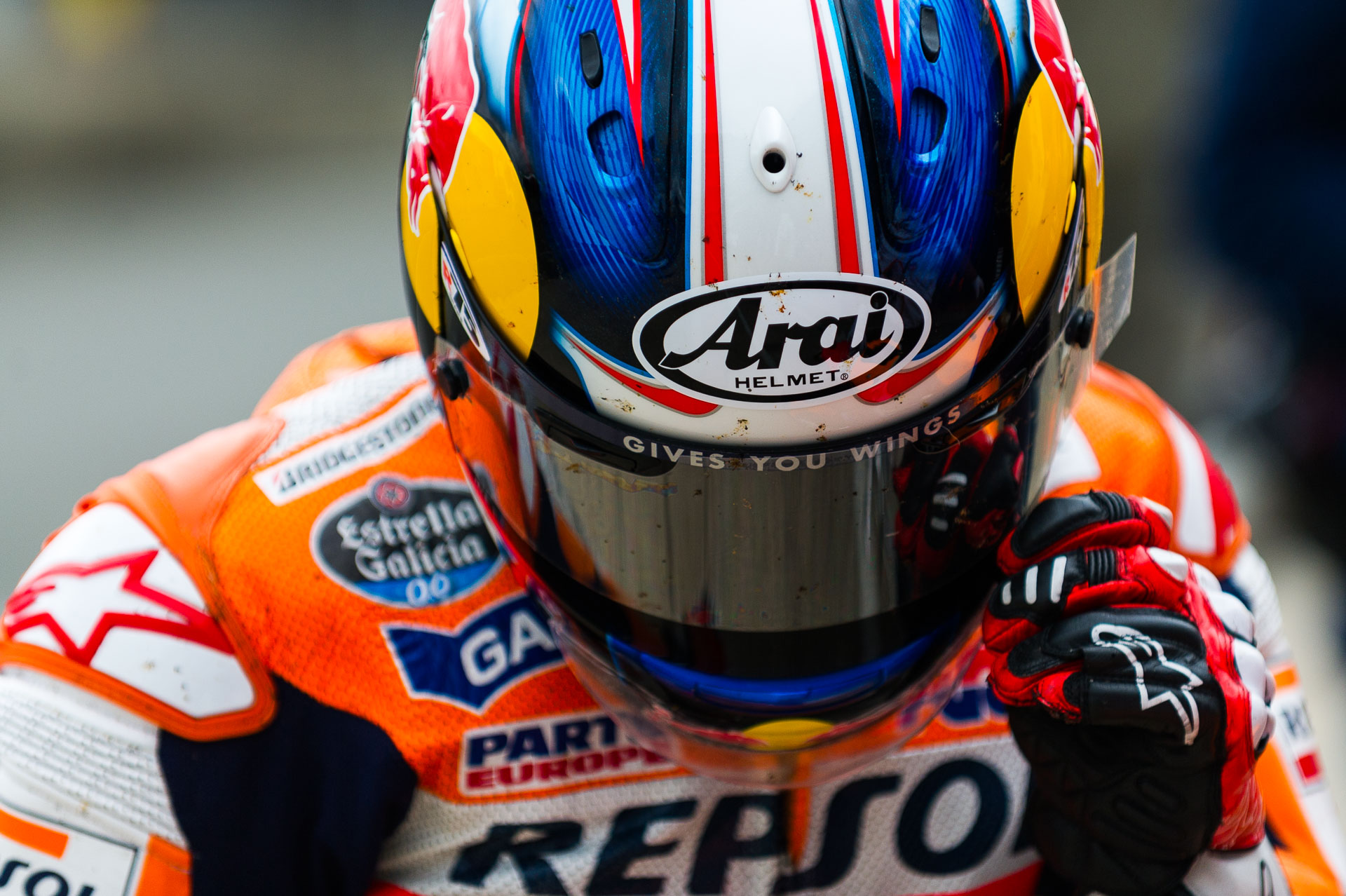 After leaving Indianapolis I had a busy couple of weeks prior to Silverstone. Instead of going to the MotoGP at Brno I had decided to go the Ulster Grand Prix, mainly because of my flights to the States where from Ireland. In hindsight, I regret not going to Brno, as Saturday’s weather at the Ulster was not great.

After the Ulster, I was home for ten days which coincided with the Festival of Motorcycling (Classic TT and Manx Grand Prix amongst others) before packing my bags again to head to Silverstone for the British Grand Prix.

I had been looking forward to going to Silverstone, but not because it’s a great track to photograph. I was looking forward to it as I was able to pack everything into my own car, catch a ferry to Liverpool and drive down. No airport hassles, no hire cars, and no language barriers.

I left the Isle of Man late on Wednesday afternoon and arrived in Liverpool around 8 pm. I had booked myself into a hotel about an hours drive south of Liverpool as I didn’t really want to drive the 2 1/2 hours to my hotel near the circuit at that time of day. My digs for the night were actually above a quaint little village pub. After checking in, I nipped downstairs for a few pints. After all, it would be rude not to.

I arrived at Silverstone around 1 pm on Thursday.  After collecting my credentials I headed to the media centre to meet up with Scott Jones, who had very kindly saved me a spot next to him. After getting settled in Scott and I went over to The Day of Champions charity auction event in aid of the Riders for Health charity. Nearly £200,000 was raised for the charity which is fantastic.  Scott’s “First in Flight” photo of Marc Marquez at Laguna Seca last year raised £950. I know Scott was proud of that and rightly so.

I left the track around 7:30 and drove to my hotel which was only 15 minutes away in a little village called Weedon Bec. It had a pub attached and plenty of parking. What more could you need apart from perhaps wi-fi that worked? I couldn’t get a wifi connection in my room so I was forced, kicking and screaming into the pub each evening to use the wifi in there.

Having not been to Silverstone before I tagged along with Scott on Friday and Saturday morning, as I knew he would know some good places to shoot. Silverstone is a lot like Indianapolis.  Both places are huge and don’t have an access road so media shuttles are limited.  The guys who drove the shuttle were great though. One guy gave Scott his number so we could call him to be picked up. Top quality customer service, assuming you knew where you were of course.

I ventured out on my own for Sunday morning warm-up and went to the final corner, which I believe is Woodcote in the configuration used for MotoGP. I knew the corner was a good spot for pictures.  I had seen some shots of the British Superstock rider Jason O’Halloran sliding the bike through there with smoke coming off the rear tire.  What I didn’t expect was just how exhilarating a place it would be to stand.

The riders come into the corner sideways with the throttle open at what must be around 150mph.  The apex of the bend is quite tight into the Armco barrier and the sensation of speed as they went past was immense.

After a great days racing I headed back to the hotel and had dinner with my friend Stephen English from Crash.net. Having spent the evenings sat in the bar on my own it was a pleasure to have someone to chat to.

On Monday I drove back up to Liverpool to catch my ferry home. I had several hours to kill, so I went to watch a movie. If you’ve been thinking about going to see Lucy but haven’t yet. Don’t bother.  It’s a shame actually as it should have been good, but sadly it wasn’t.

Having not gone to Misano I’m really looking forward to my next trip which is Aragon.  I’m also keeping my fingers crossed that Marc Marquez doesn’t wrap up the title in Japan as I’m not going to be there.