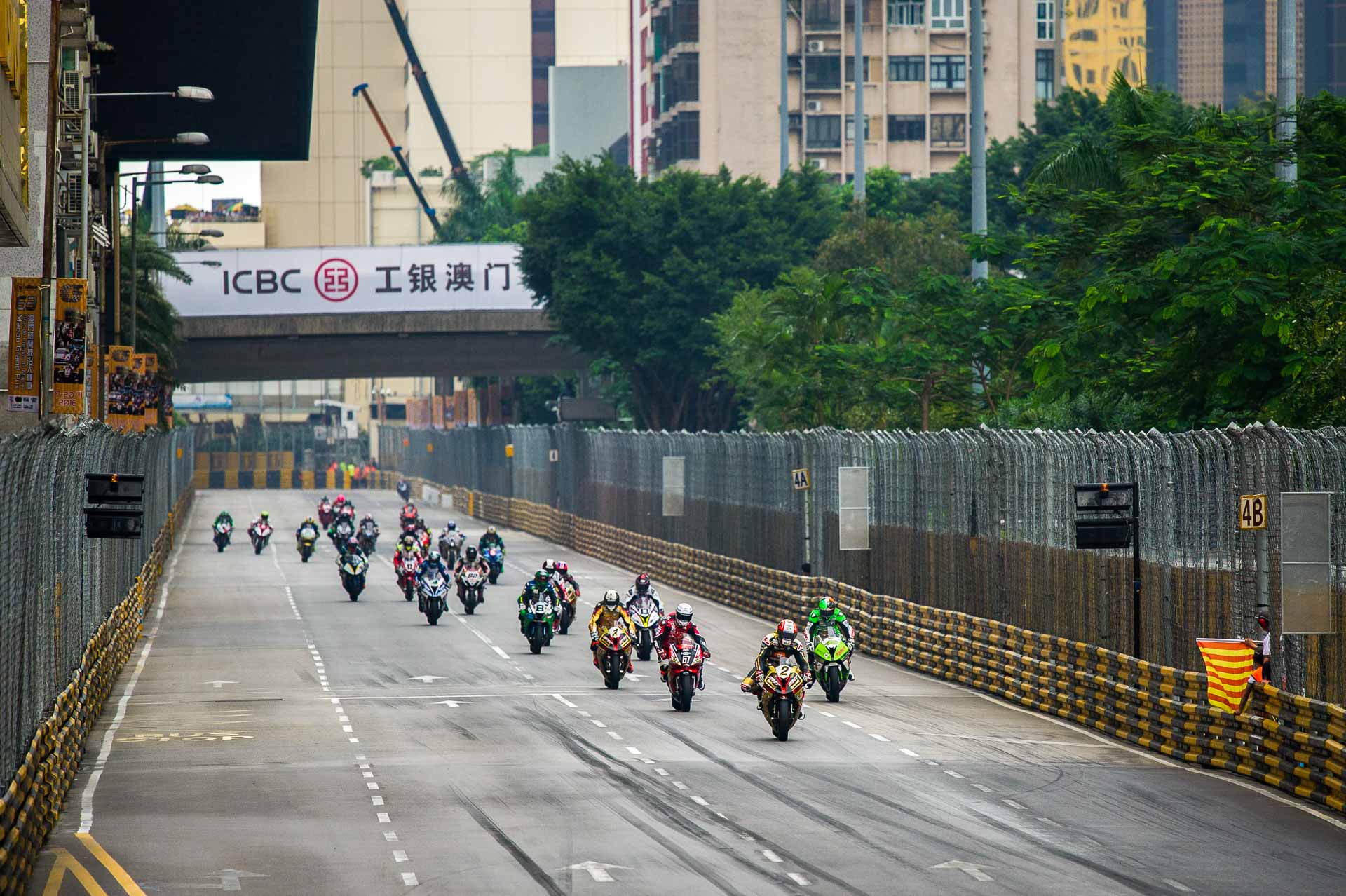 I was planning on posting this story of my journey to the 2016 Macau Grand Prix last weekend. After hearing the news of the tragic loss of Dan Hegarty at this year's race I wasn't sure whether I wanted to share the post. A little time has now passed and I've decided to share it. My deepest sympathy to Dan's family and friends.

My journey to Macau for the 50th Macau Motorcycle Grand Prix didn’t get off to the best of starts. I had just boarded my flight from Madrid to London and discovered my tablet and laptop were missing from my bag. After a few moments of panic, I came to the conclusion that they must have been stolen. I had spent three hours in the lounge at Madrid – someone must have taken them then.

It then slowly dawned on me what happened. When going through security, I had taken the laptop and tablet out of my bag as normal. After scanning my bag the security guy wanted all my camera gear out of the bag and sent me back. I have no idea what makes Madrid security different to any other I have ever gone through, but obviously, I wasn’t going anywhere if I didn’t do as instructed, so I emptied my gear into several trays and sent it back through. Once everything was cleared I packed all my gear back into my bag, but left my laptop and tablet behind!

Sitting on the plane I started to wonder what the hell to do. Aside from losing an expensive laptop, I had nothing to work on while in Macau. When I arrived in Heathrow, I asked the security guys what I should do. After laughing at my stupidity, they collected their thoughts and advised me that I should call the lost and found at Madrid airport.

I quickly called my partner at home and she got straight on the case, while I boarded my flight to Hong Kong. Upon arriving in Hong Kong, I was greeted with the news that my laptop and tablet had been found and she was going to arrange to have them couriered home. Having them sent to Macau would have cost too much, and knowing my luck they wouldn’t arrive until after I left. Feeling a lot better, I continued on my journey to Macau thinking I would pick up a basic cheap laptop to get me through the weekend.

The first thing that hits you when you arrive in Macau is the heat, or more accurately the humidity. It is not the worst place I have been to on my travels photographing motorcycle racing (Malaysia has that honour), but it made being outside a little unpleasant, especially when carrying heavy camera equipment.

The heat and humidity weren’t what I found hardest to deal with though. It was the sheer number of people out on the streets, all moving at a frustratingly slow pace. Forget trying to get anywhere in Macau in a hurry. Discovering that it is the most densely populated region on the planet came as no surprise.

Being a wriggling sardine can isn’t Macau’s only claim to fame. Aside from the Macau Grand Prix, it also boasts the largest gambling market in the world, easily beating its closest rival Las Vegas. I have been to be both places, and I have to say I would rather go to Vegas.

Having said that, where else in the world can you stand in the street and marvel at a stunning 600-year-old Chinese temple sitting across the road from a beautiful Portuguese colonial building, both of which are dwarfed by a huge neon-lit casino.

Macau is certainly a unique place and as it turns out an expensive one, which I discovered when I went to buy a laptop. I was horrified at some of the prices being quoted for outdated machines. But, I needed something to work on, and after a bit of deliberation I bought a big red plastic Acer breeze block and headed back to the hotel to set it up.

Upon firing it up I encountered my first problem. It was in Chinese. Surprisingly as a born and raised Manxman, I can’t speak Chinese. A few quick searches on my phone gave me a path to follow, and after a few painstaking attempts, I managed to change the language.

Once I had added everything on the laptop I needed it quickly became apparent that it was going to cause me some problems. It wasn’t designed to do what I was asking it to do, but at least I was able to get some work done. Thinking back I should probably have taken a ferry back to Hong Kong and bought one there. Hindsight’s a wonderful thing though!

I am starting to think that Macau and I are not a good mix. At the 2015 event, I ended up in a local hospital at 3 am, getting stitches in my head from an incident that involved a lot of drink and a taxi sign.

Here's a selection of images from the 2016 Macau Grand Prix.