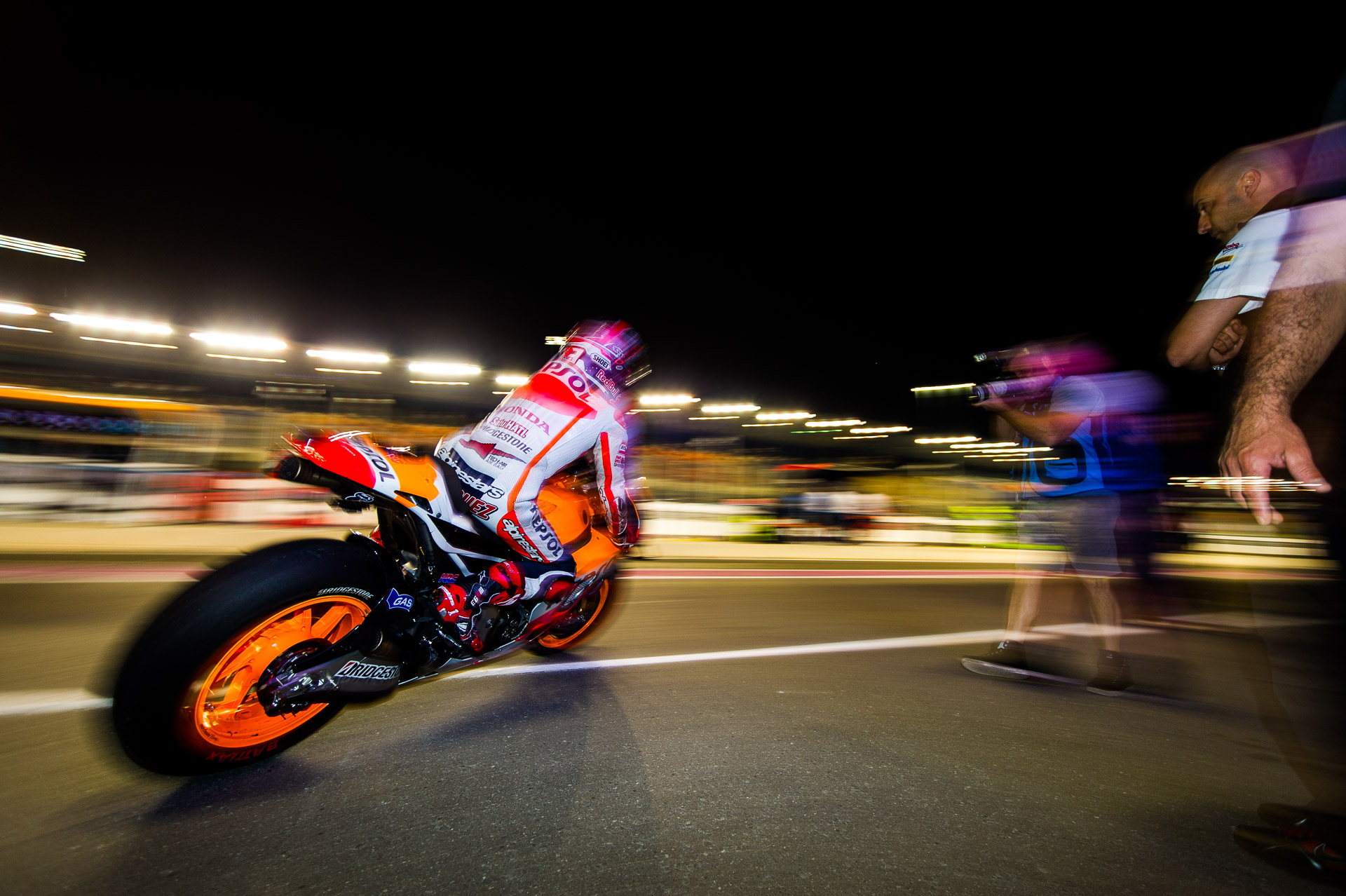 Imagine if just for once you didn’t have to stick to your usual 9 to 5 job.  Instead, you were able to do the one job you’ve always wanted to do but any numbers of things (it’s usually money) have stood in the way. This is exactly the situation I found myself in 6 months ago when the company I had worked for for the last 14 years decided to close, making everyone redundant.  This decision did not come as a surprise, in fact, I had been hanging around for the last few years hoping that it would happen, as I had a plan.

Fast forward 6 months and I’ve just finished photographing the opening round of the 2014 MotoGP World Championship in Qatar.  The plan is starting to unfold. I suppose the seeds were planted in the build up to the 2007 Isle of Man TT when I purchased my first digital SLR camera.  Back then the full extent of my ambition was to have a picture published and get my hands on a white TT media bib.  Never in my wildest dreams would have I have imagined that 7 years later I would be about to photograph a full MotoGP season.  But here we are, one race down and 17 to go or in my case 15 as Argentina and Japan are going to push the budget too far.

My planning for this season started as soon as the 2014 schedule was announced, in fact, it’s how I filled most of may remain days in the run up to my leaving date.  It’s also pretty much all I’ve talked about for past 6 months which has probably driven my friends crazy.  One by one though things started to fall into place, first the hotel was booked, then the flights.  New equipment was purchased, after all, if I was going to do this I was going to do it right.

Throughout the planning stages, one thing above all others concerned me about the coming season…..driving in Qatar. I had read some pretty damning reports on the standard of driving there (all of which were true), one Telegraph journalist referred to one of the roundabouts as “The Roundabout of Certain Death”.

I decided to contact experienced MotoGP photographer Scott Jones who I’d met at Laguna Seca in 2013 through a mutual friend to see if he wanted to car pool.  To my great relief, Scott offered to do all the driving, my job was to try and keep him sane with interesting conversation.  Hopefully, Scott will have recovered by the time MotoGP rolls into Austin.

I arrived into Qatar late on Tuesday, jumped in a cab to go to the hotel which didn’t go very well as the driver had no idea where it was.  After 10 minutes on the phone to his friends, none of whom appeared to know where it was either I suggested (as best as I could as I don’t speak Arabic) that he ring the number on the booking confirmation I’d given him.  Turns out the hotel was new.

I met up with Scott on Wednesday and we headed to the track to collect our credentials and photograph the official unveiling of the new Movistar Yamaha livery as well as the pre-event press conference.  The serious business getting underway on Thursday.  One thing that I hadn’t properly considered before hand was the timing of everything.  While I obviously knew it was run in the evening I didn’t fully appreciate the impact that would have on me.  Each day we would leave the track after the final session and Scott would drop me back at my hotel.  I’d then work till 3 or 4 in the morning, up at 11(ish), work some more than back to the track at 3 to starts again.

Having already made a contact like Scott has made settling into the predominately Spanish and Italian speaking MotoGP media centre so much easier. By the end of the weekend with Scott and fellow US based photographer Andrew Wheeler (whom I’d also met before), I felt like I’d been part of it for years and I thank them both for making me so welcome.

As for my results from the weekend photographing MotoGP at the Losail Circuit is a challenge. Firstly and most obviously everything is run at night under floodlights which is a real test of your equipment.  Secondly, the huge run off areas made shooting on the outside of turns almost impossible or a best very limited. I also had to get to grips with my new equipment and I did have one or two teething problems including a mysteries L appearing in the camera's display which turned out to have locked the shutter speed, thankfully I managed to figure out how to switch that off.

The Grand Prix of Qatar was not my first time shooting a MotoGP weekend as I had been fortunate enough to receive single round accreditations in the past. However, this time was different, I wasn’t away for a weekend with friends.  I was there as a professional to give this my best shot and prove to myself above all else that I was good enough to be there.  Looking through my results from the weekend I’ve achieved what I set out to do.  They aren’t perfect and if I had the chance to do it again I would shoot the races from different locations but overall I’m very happy with the results.

My thoughts now turn to Austin in 2 weeks. Before that, I have a trip to New Orleans followed by a short road trip to Texas to look forward to with my better half. 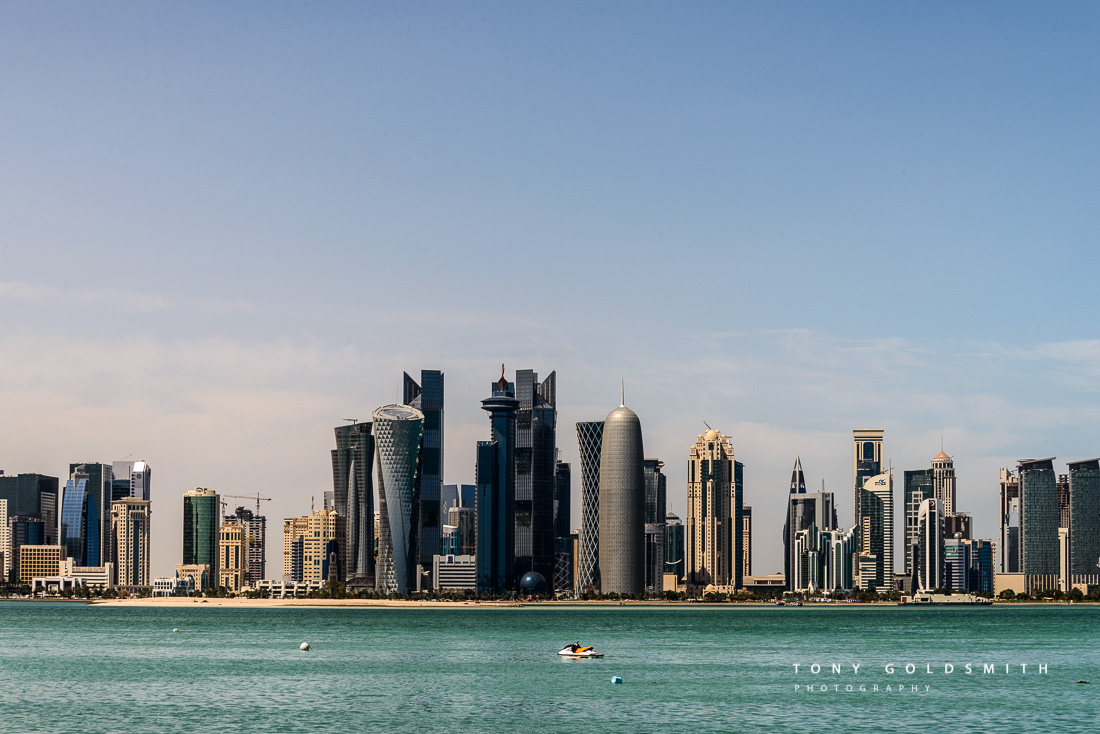 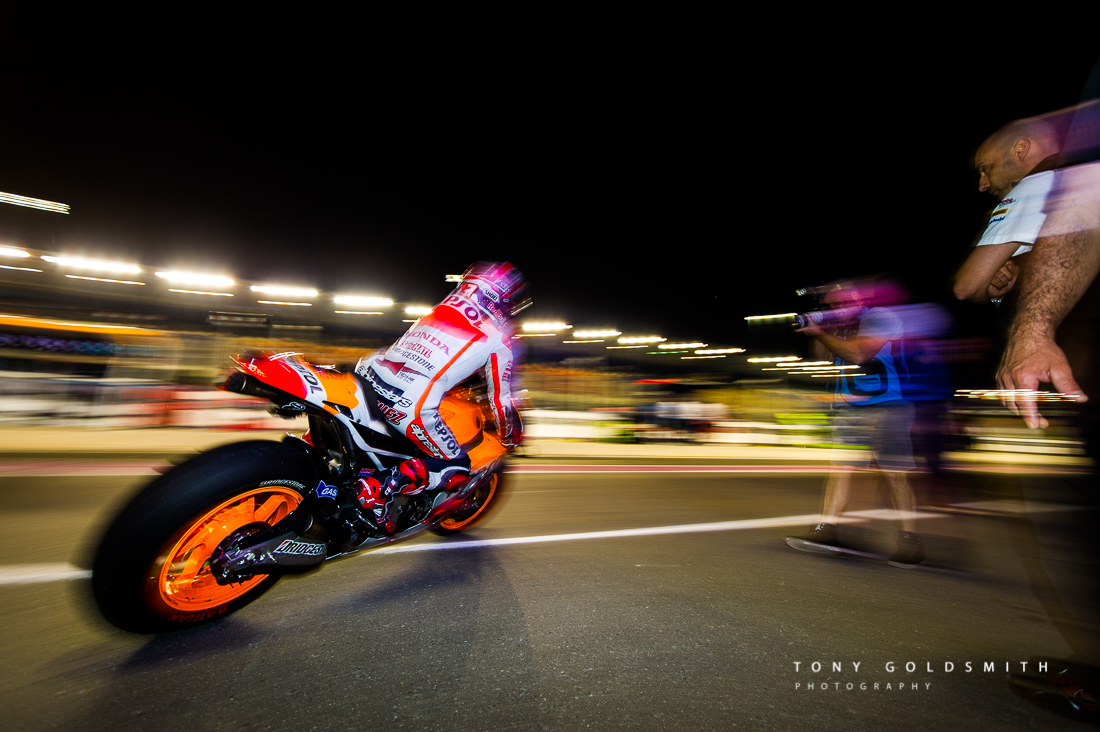 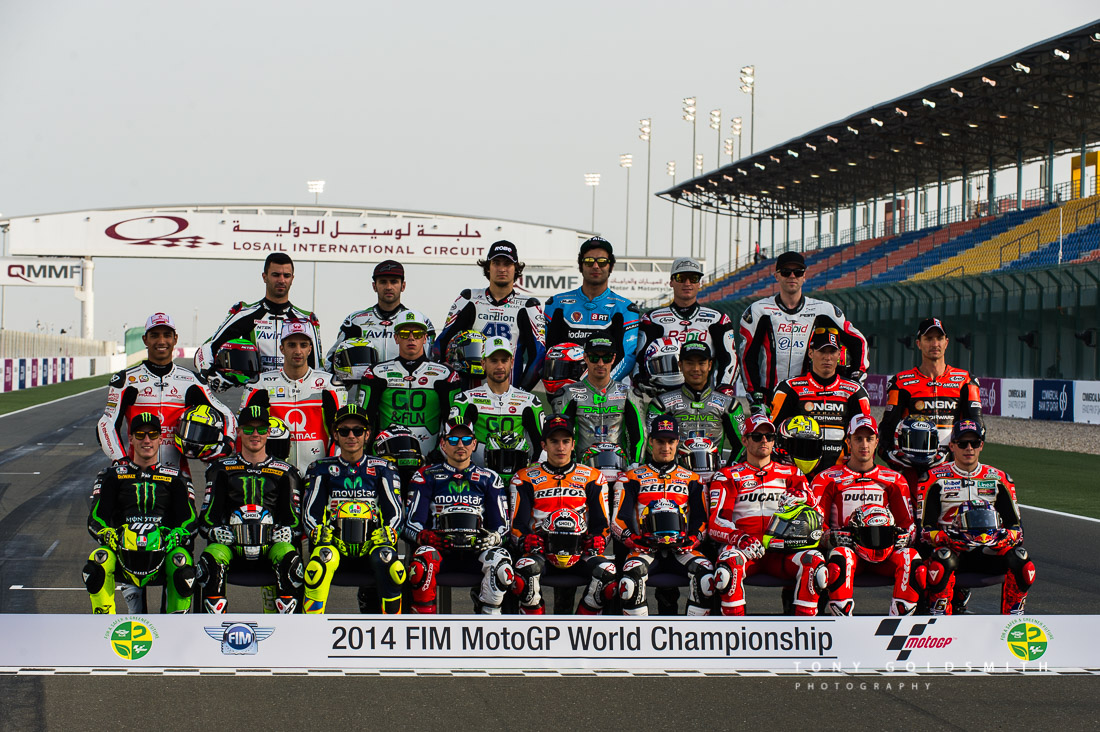 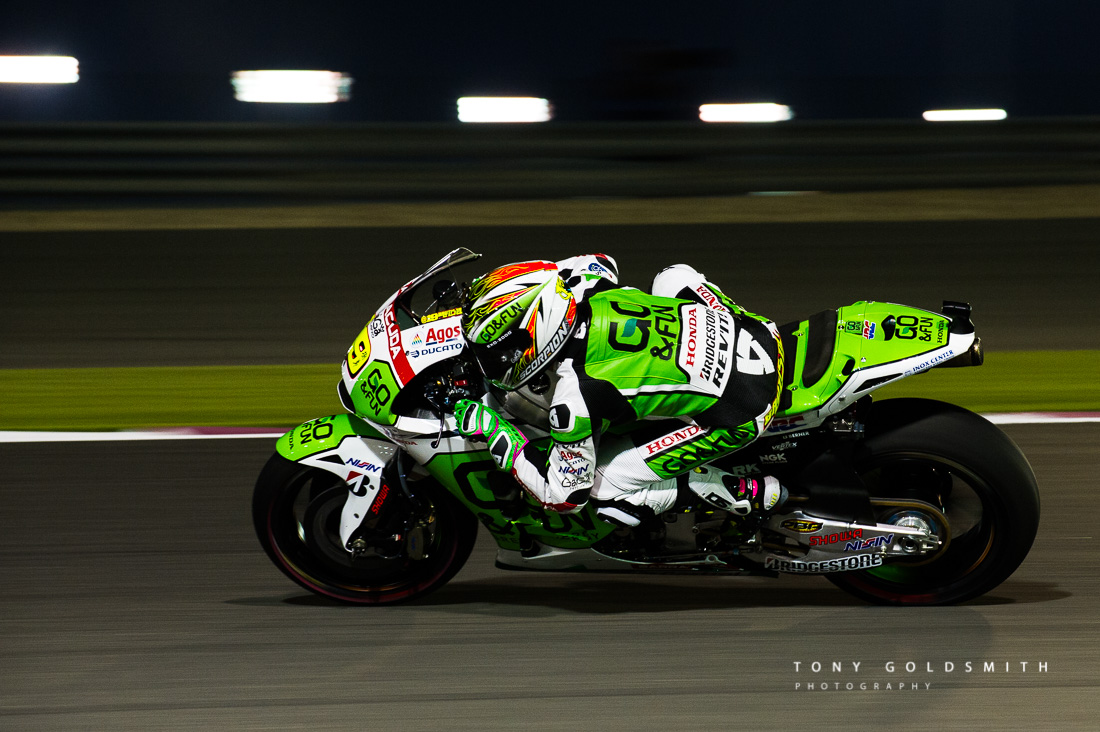 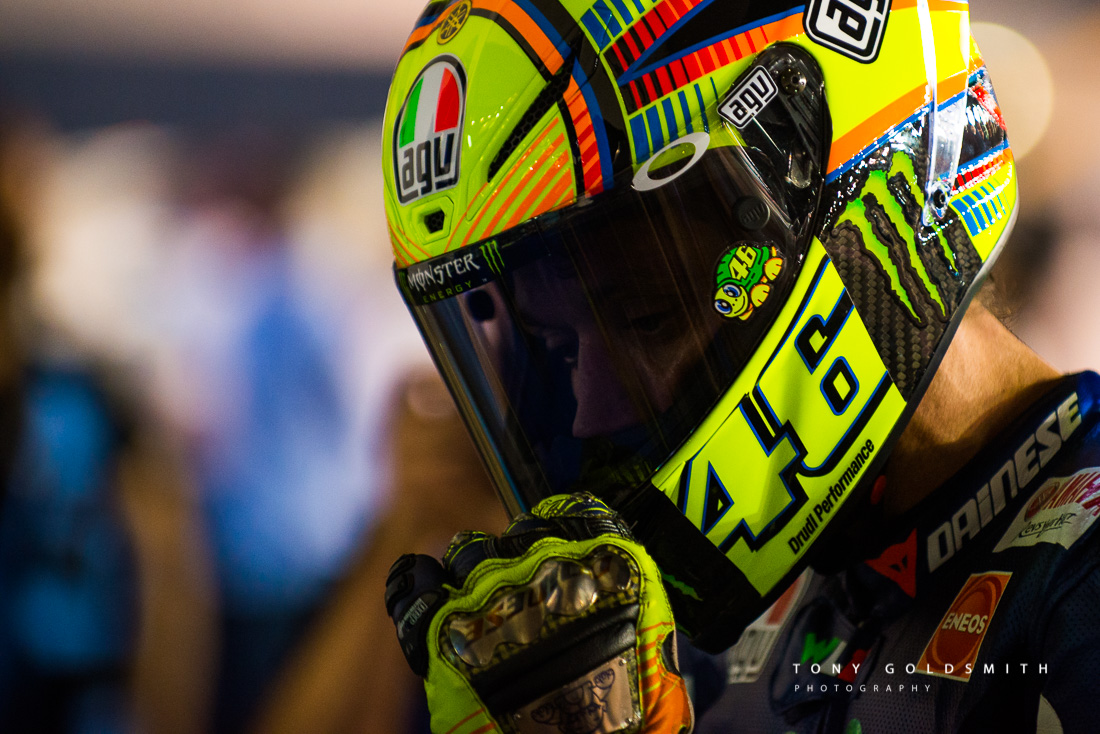 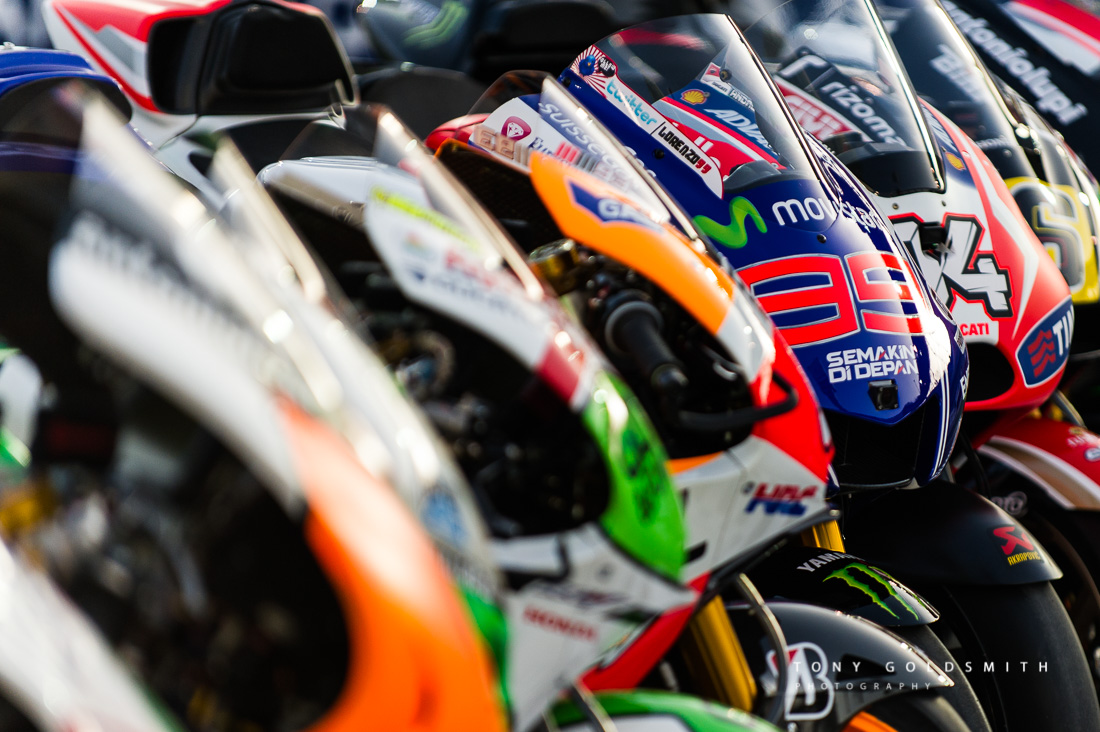 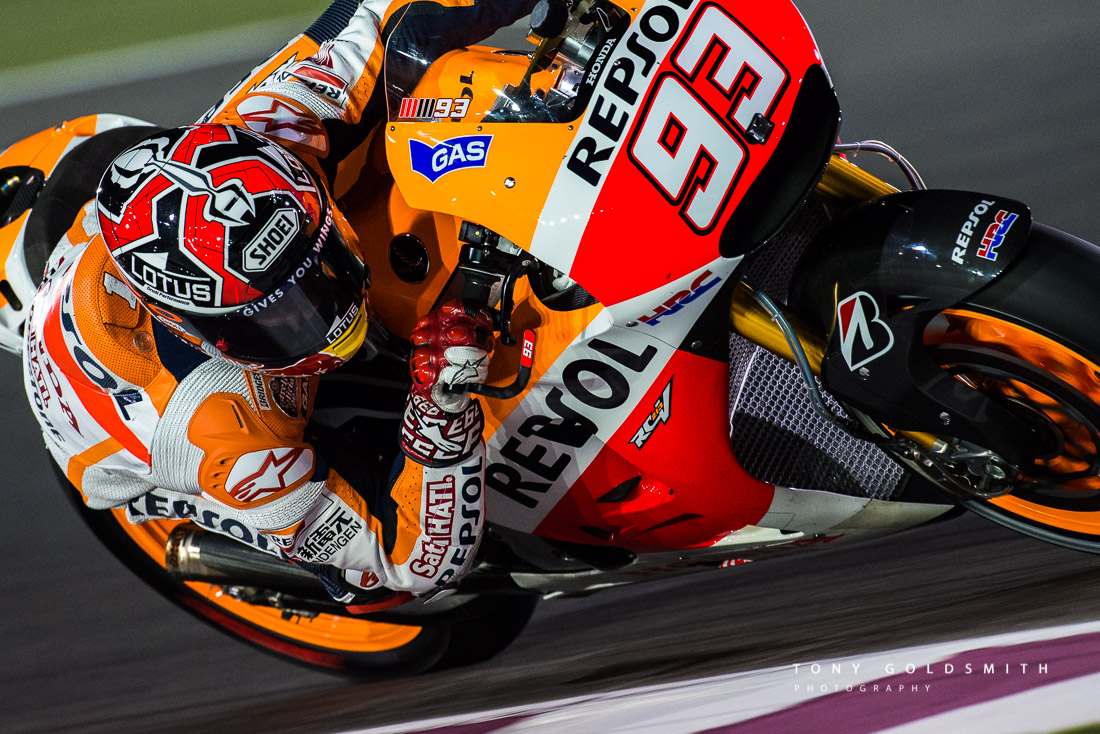 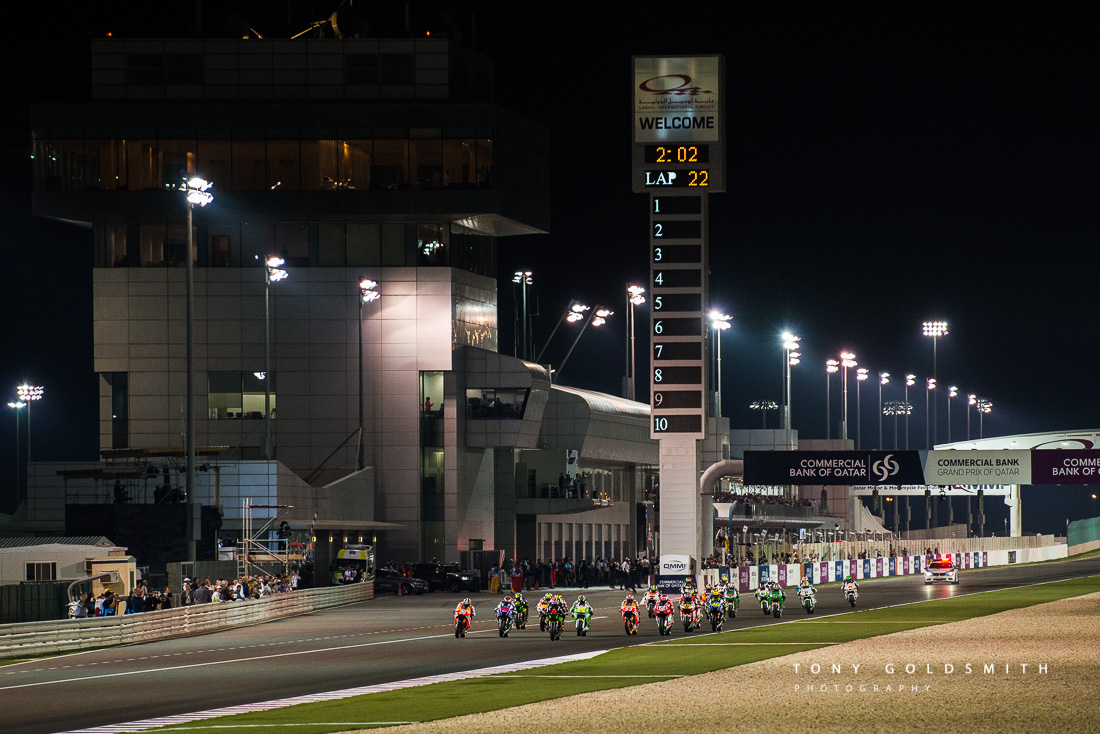 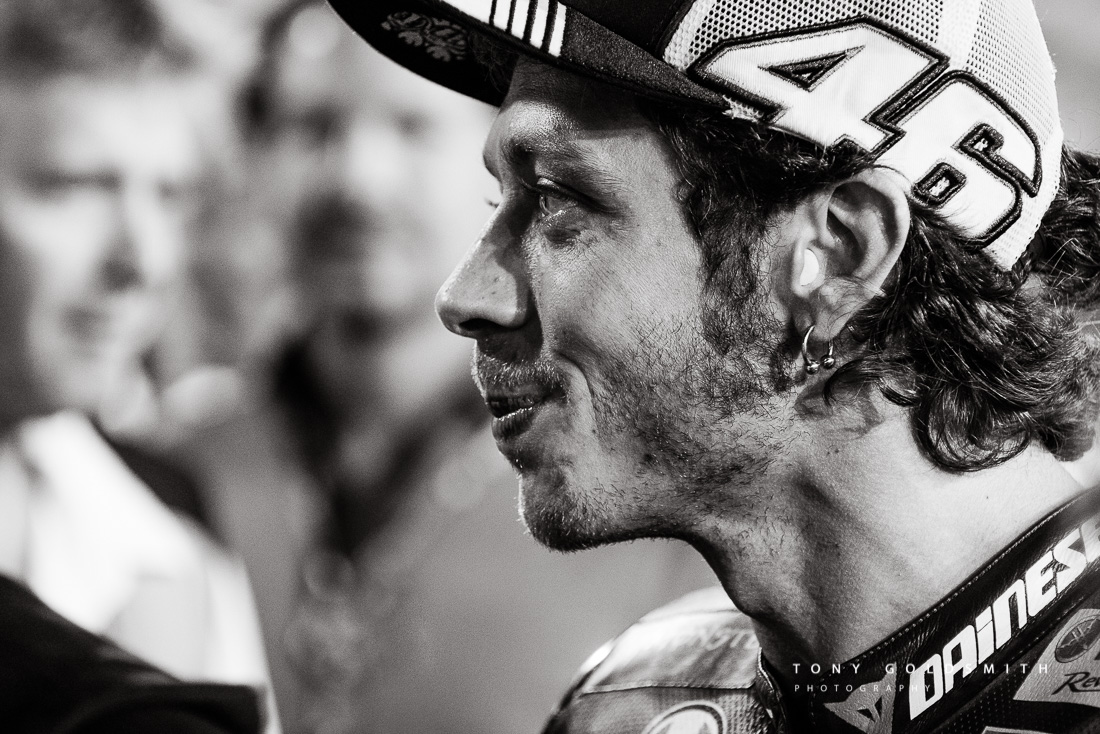 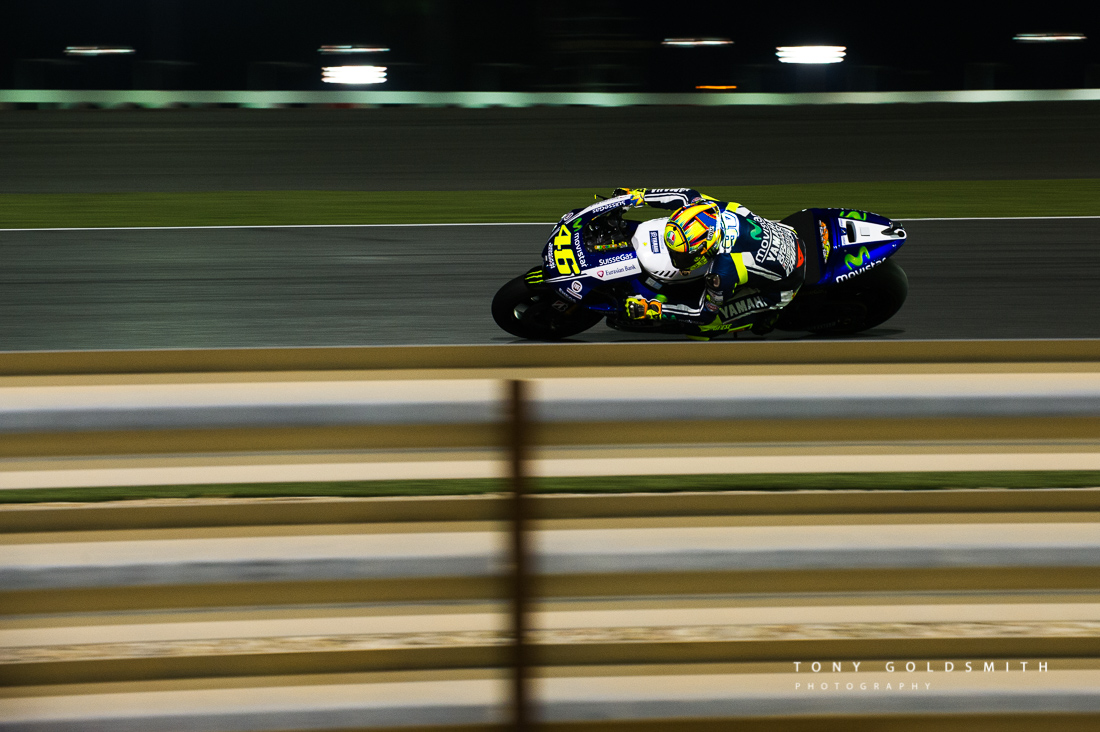 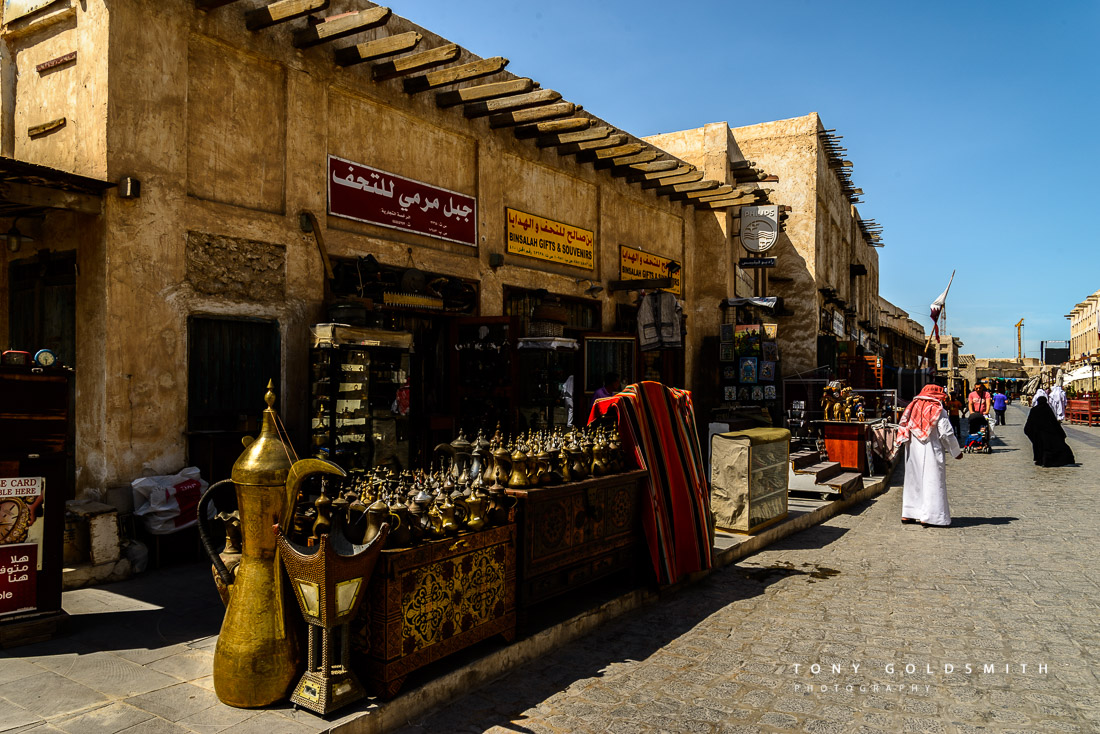 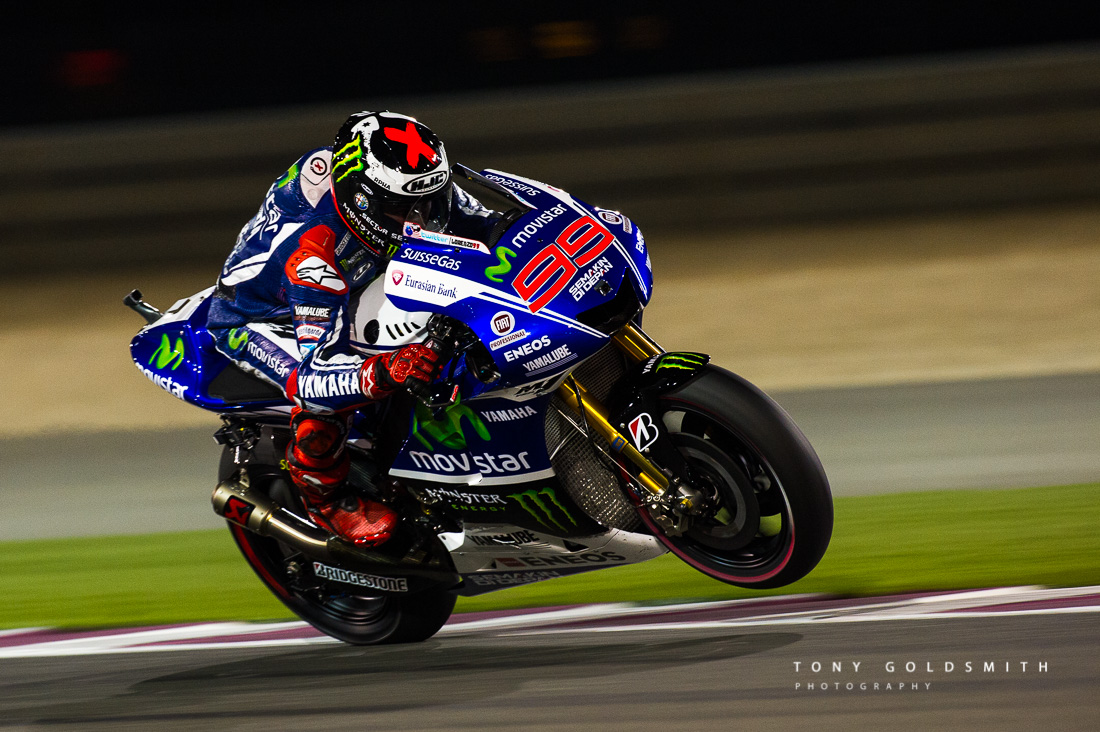 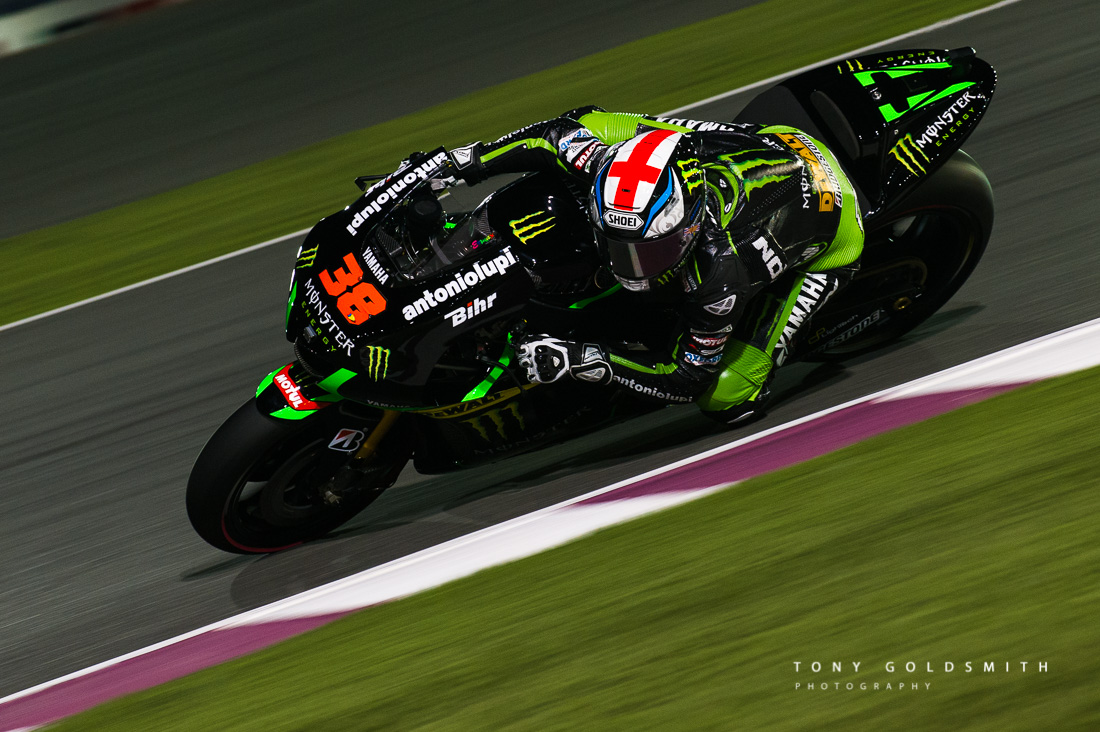 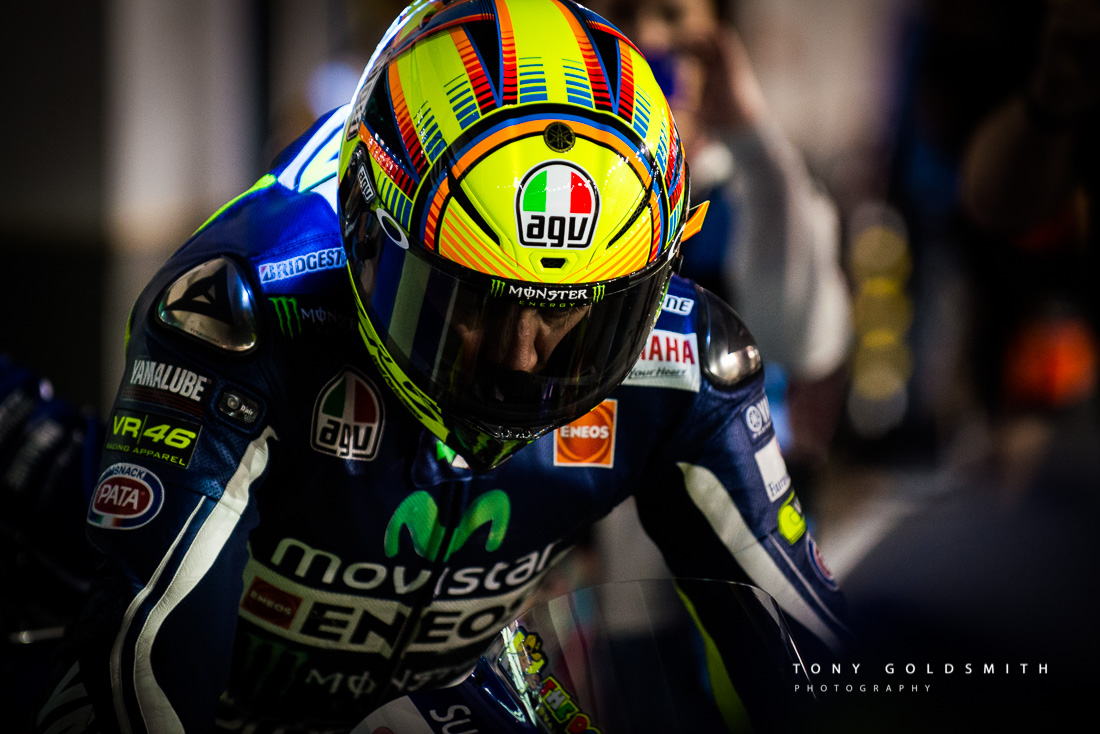 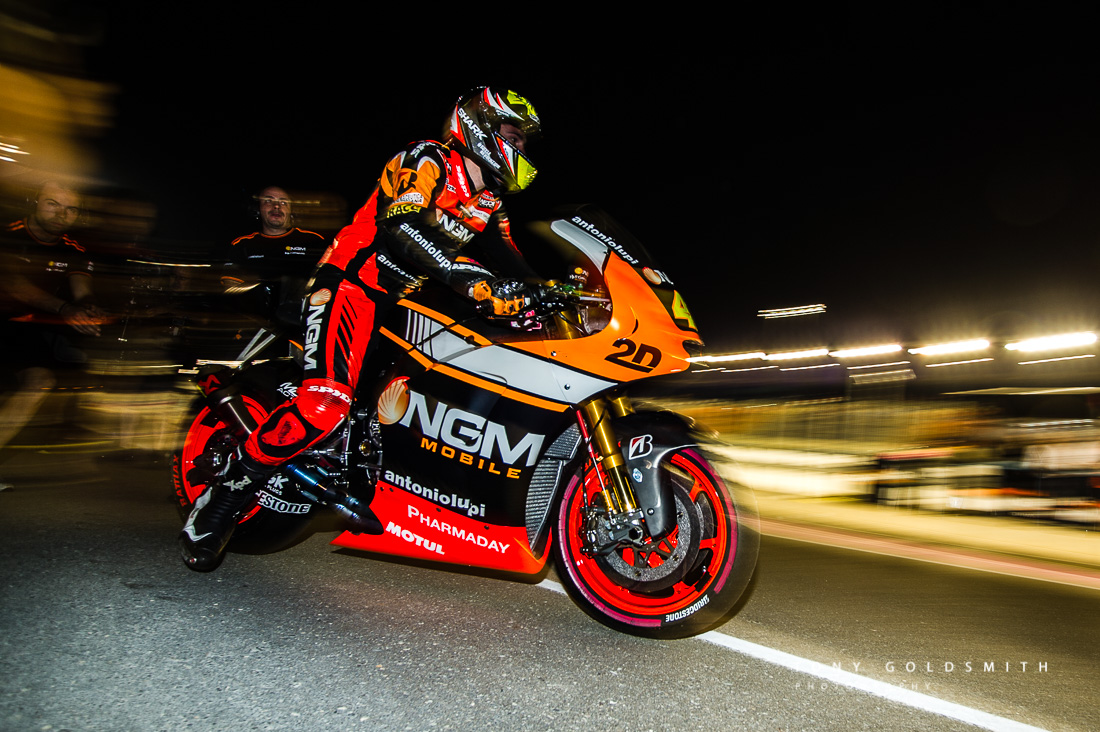 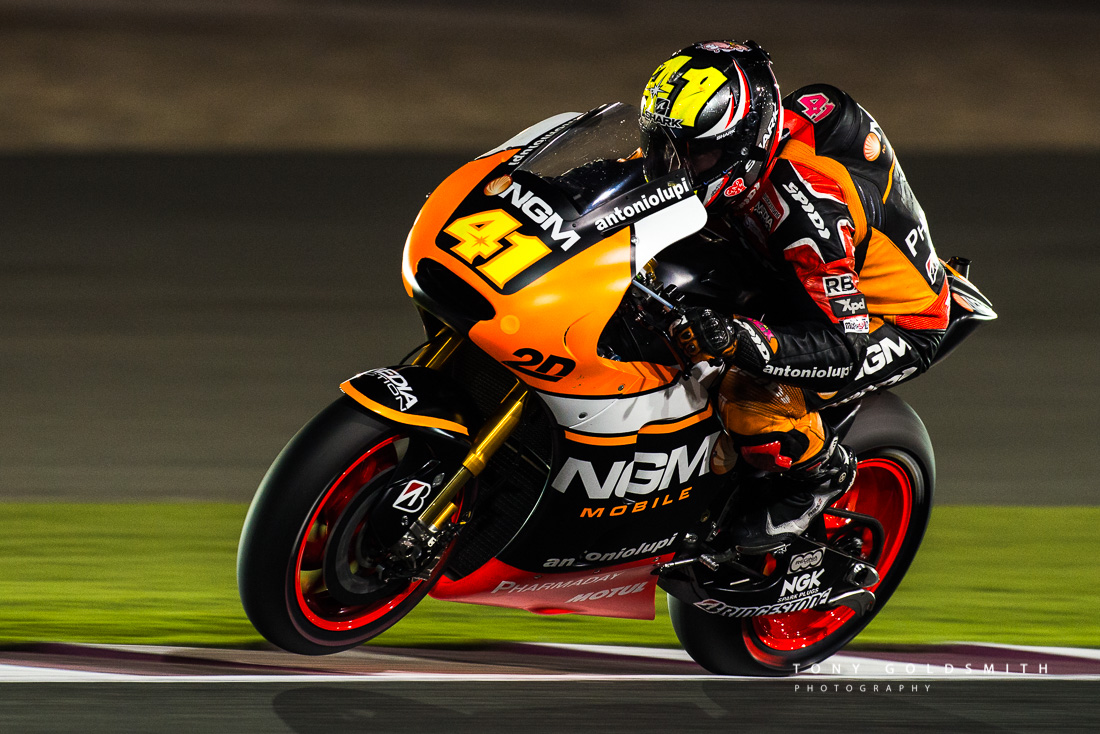 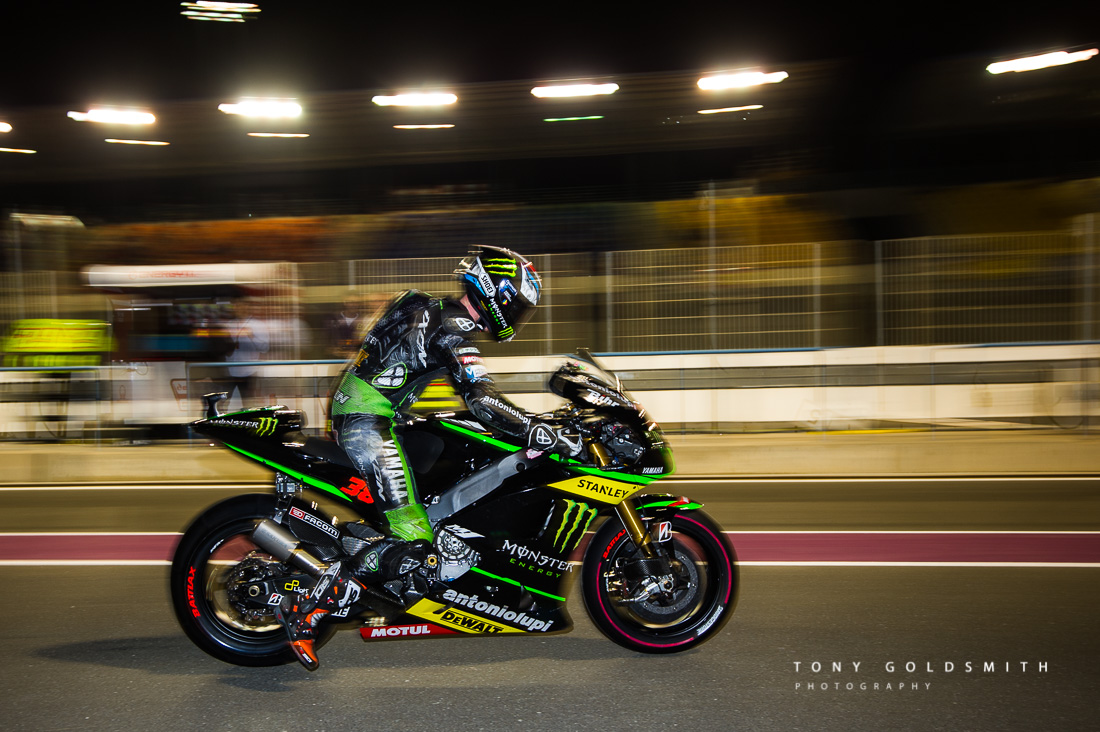 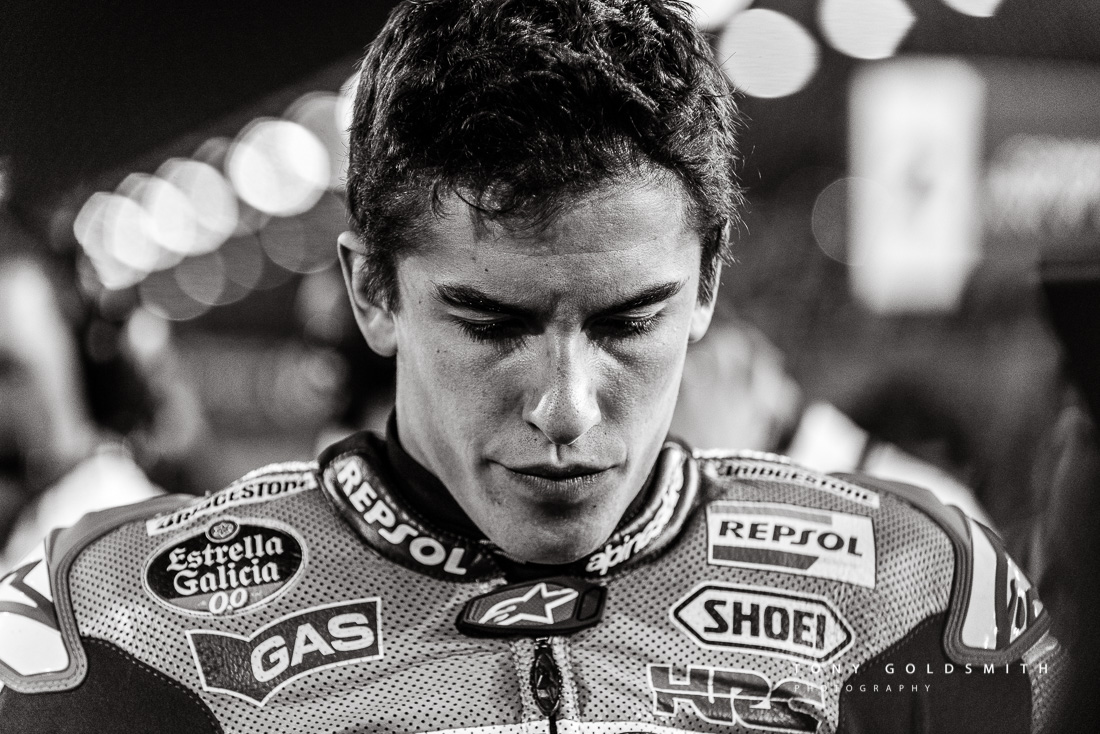 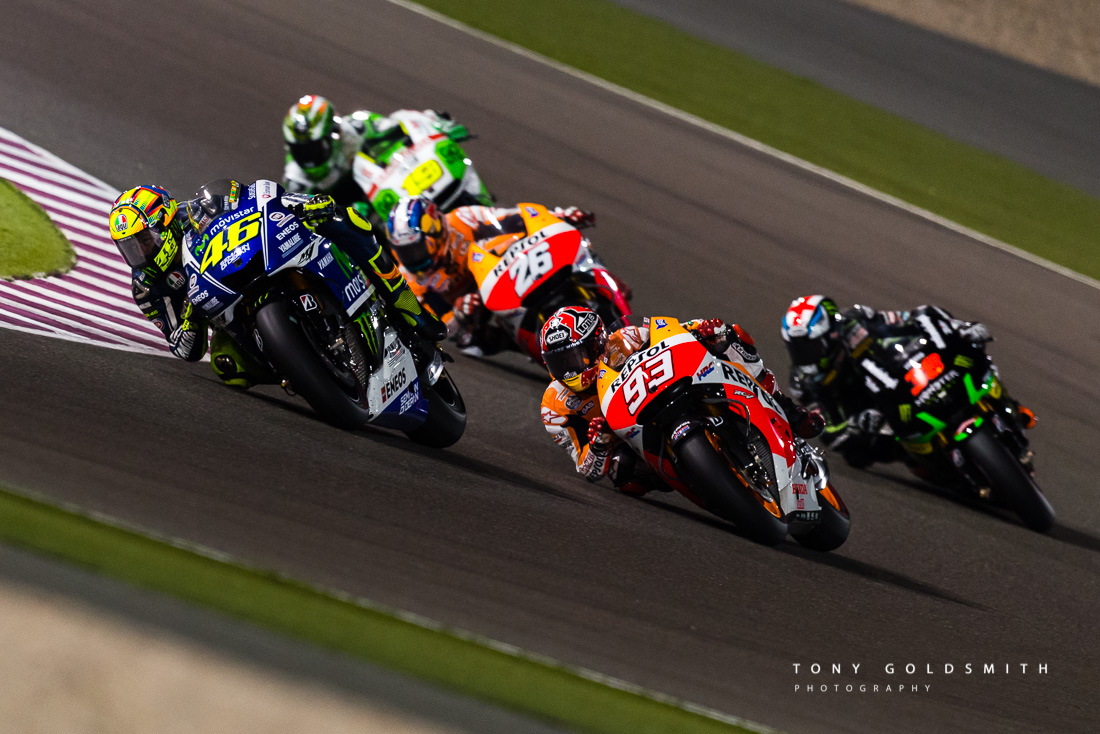 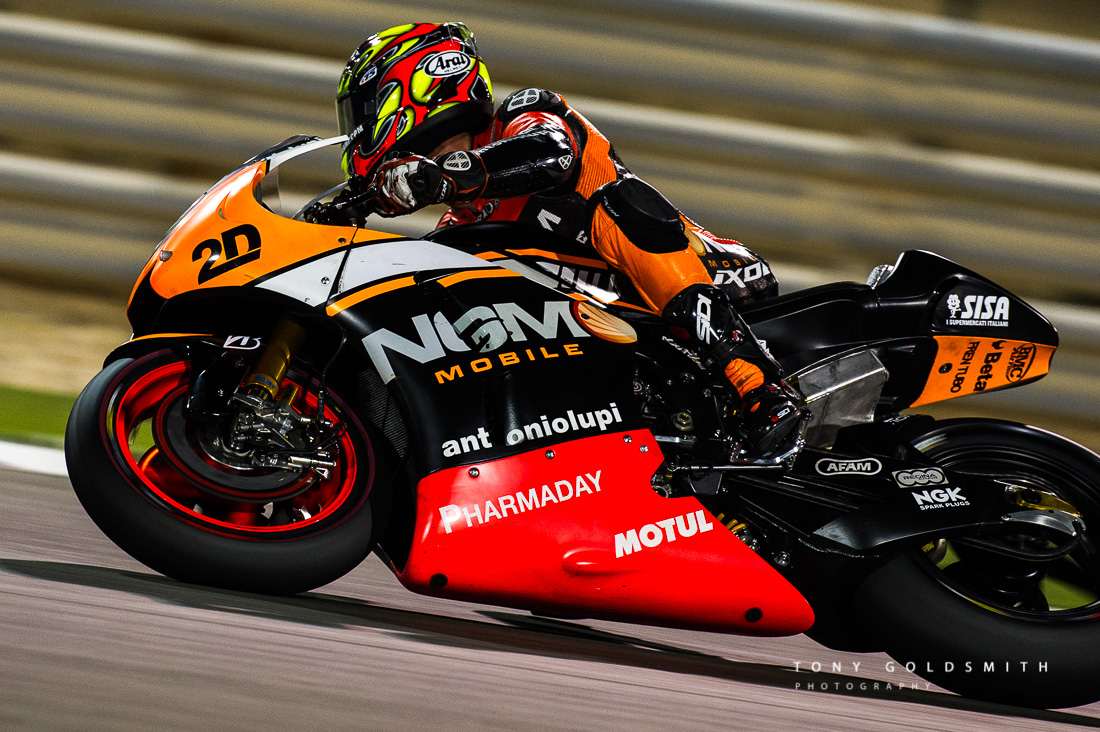 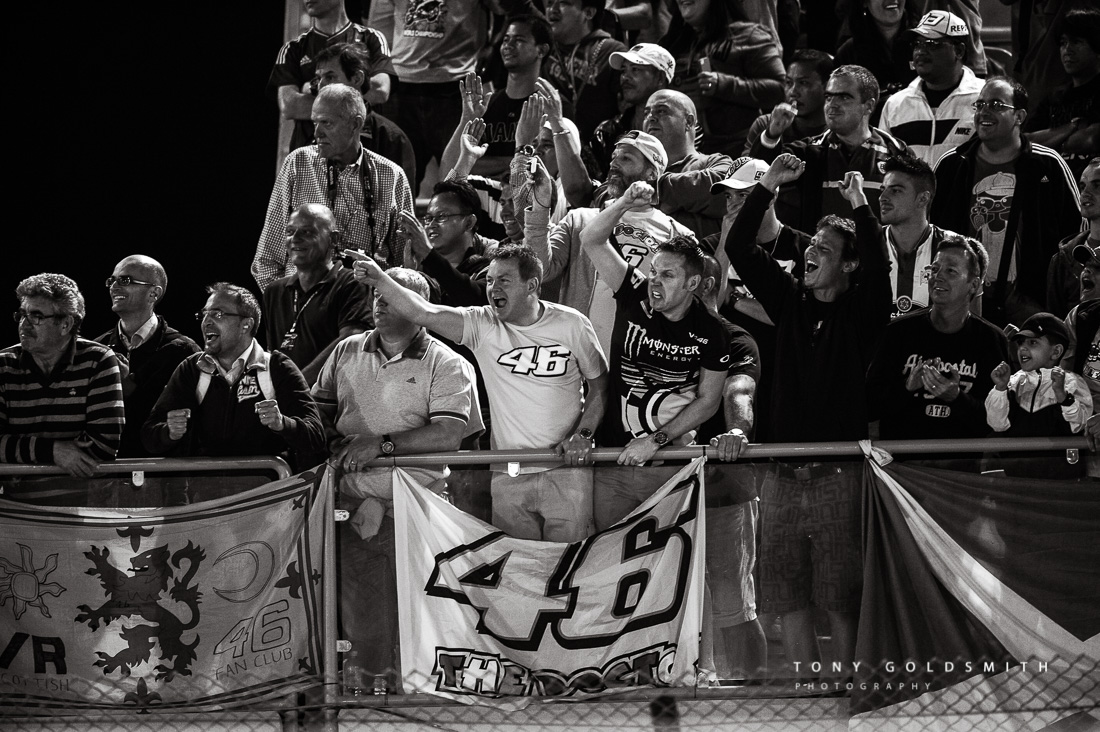 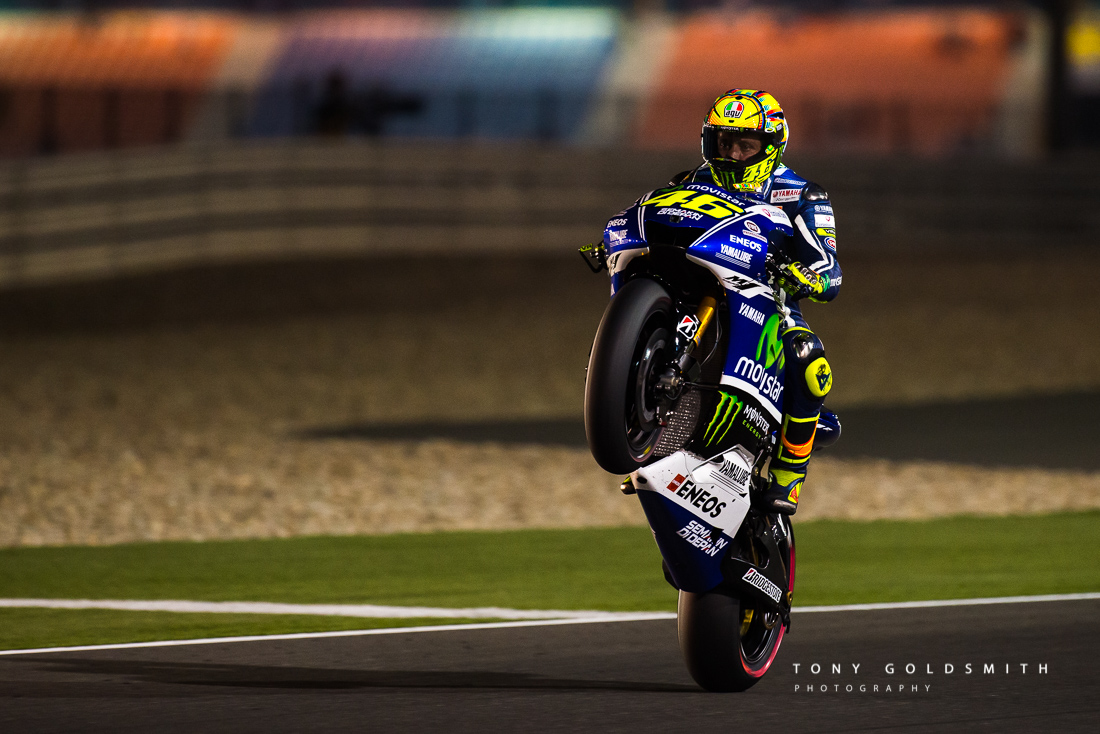