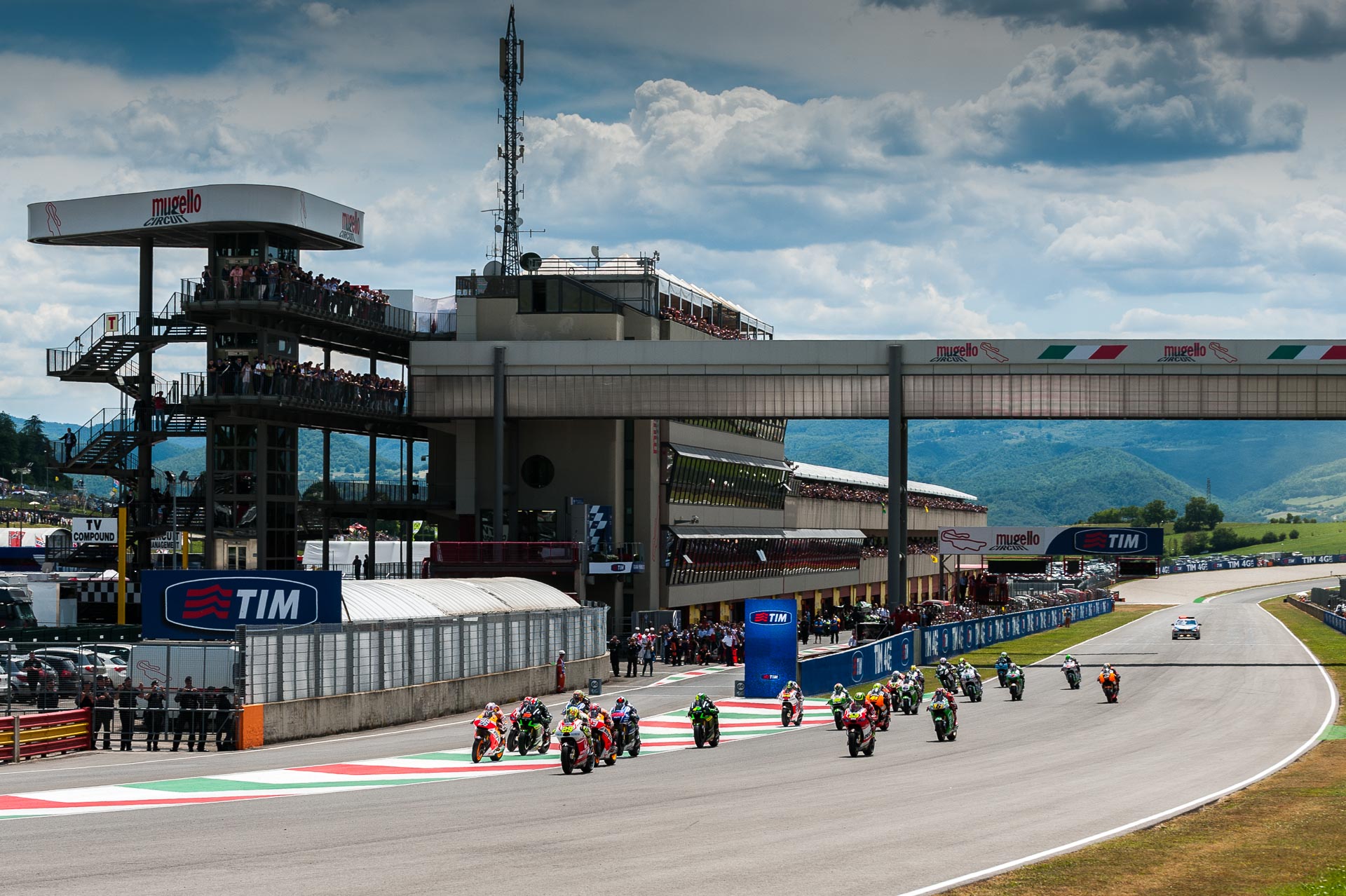 When the calendar for the 2014 MotoGP season was announced one race immediately jumped out, Mugello. This would probably not be for the reason that everyone would assume after all it's one of the most popular races on the calendar. It stood out as it was bang in the middle of the Isle of Man TT races.

While I really enjoy photographing MotoGP, my passion is, and always will be, the Isle of Man TT. In fact, had it been any race, I may have decided to stay at home. But it wasn’t, so the decision was made, after all, how could I shoot a MotoGP season and not go to Mugello?

Having not missed a TT in 25 years it was quite a wrench when it was time to leave the Island. Packing a bag after Wednesday evenings’ practice session just felt wrong, but pack it I did.

I left the Island on Thursday morning and arrived in Pisa in the early evening. I had booked an old Tuscan farmhouse for the weekend, which I was sharing with my friend and photojournalist Stephen English.

The owner of the house had arranged for me to meet up with her neighbour at a restaurant nearby, as the place was off the beaten track and hard to find. She wasn’t kidding, after following the guy up a rutted old farm track into the Tuscan hills, I started hearing duelling banjos in my head. Thankfully I didn’t need to worry as we finally arrived at the house.

Driving to and from the track on Friday and Saturday was fine, only taking 35 minutes despite the rally stage at the beginning. Sunday, however, was a whole different ball game.

Being designed as a test track for Ferrari access to it was clearly not high on the agenda with the journey in and out taking nearly 2 hours. The problem has more to do with the circuit’s location right by the town of Mugello, than the increase in race day numbers. On the other hand, if you plan to go, and can find accommodation in the town, you can walk in and out of the track. Problem solved.

The circuit does pose a few problems for the hard working photographer, particularly those of us without scooters. There is only one access road for the shuttle which is on the outside of the track. If you want to shoot from the inside, you are on foot. The track’s layout does help a little though, as it comes back on itself and you can cover different sections without walking very far. The media centre is also a little small. I felt like I was sitting on top of the guy to my left and David Emmett on my right, who didn’t bring a lot of stuff with him as a writer.

At the end of the race on Sunday, I made a rookie error. I foolishly stayed out on track for the podium and was swamped by thousands of Valentino Rossi fans as they jostled to get a glimpse of their hero. It took me 15 minutes to make the 2-minute walk to the end of pit lane, you can imagine my mood when I finally made it back to the media centre.

My biggest problem for the weekend had nothing to do with Mugello or MotoGP. I was missing the TT, and I don’t think I was as focused as I normally would be. I’m pretty sure I drove Stephen and David mad talking about it. As I’m writing this though, the TT has finished and I’m back in MotoGP mode and Barcelona bound.

I would like to finish this post by offering my deepest condolences to the families and friends of Bob Price and Karl “Bomber” Harris who both tragically lost their lives during this year’s Isle of Man TT.