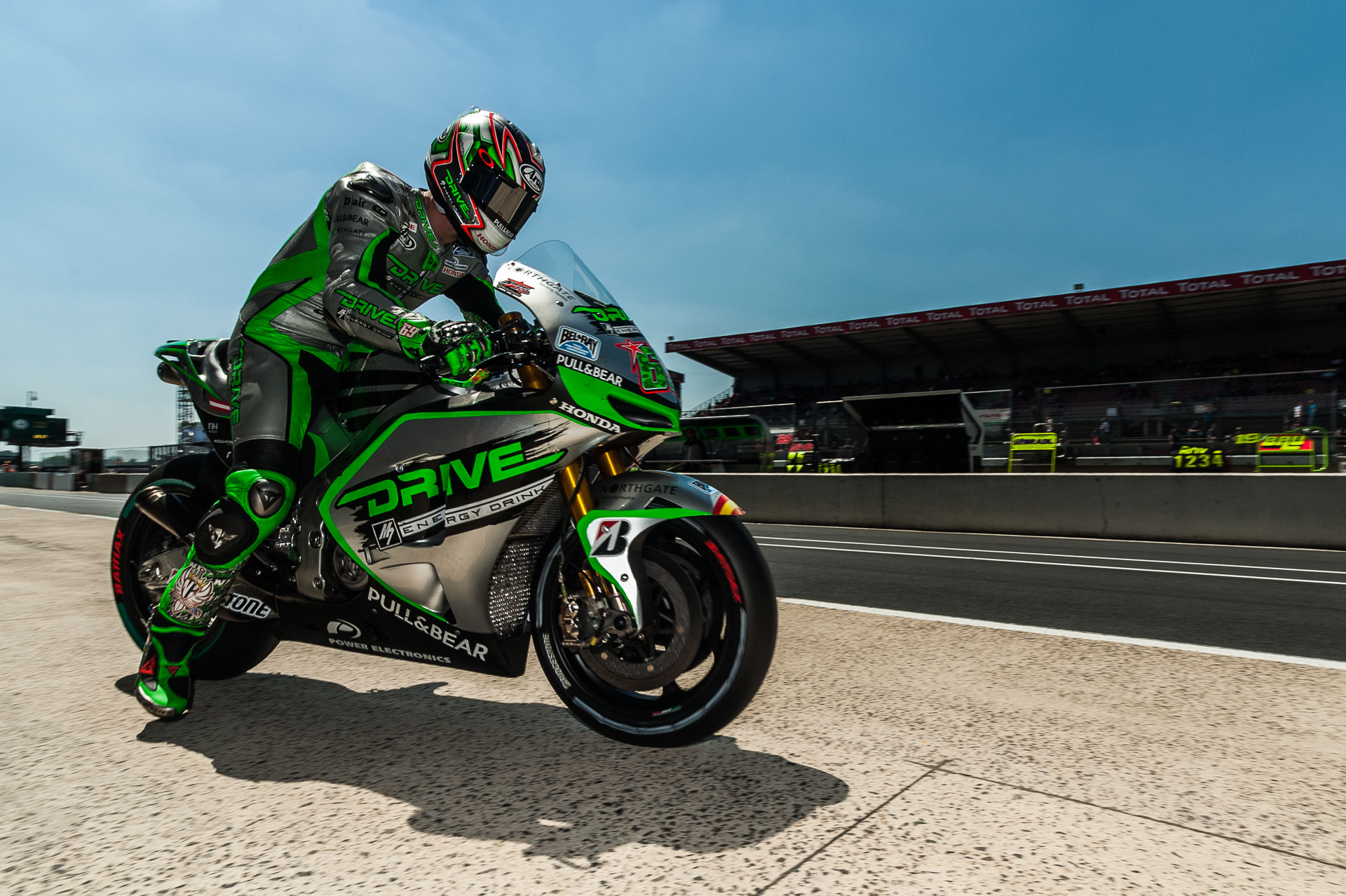 Next up after Jerez was Le Mans and I decided to mix things up a little and travel there by the Eurostar from the centre of London.   To save some money I had decided not to hire a car for the weekend and instead use the tram from the centre of the town to the track.

This worked fine over the weekend apart from on Thursday, my first day in Le Mans and my first trip to the track.  Having optimistically stepped from the tram at the station closest to the track, I then ended up hiking for nearly an hour with all 15kg of camera gear on my back in search of my nemesis: the accreditation centre.  Finally, I admitted defeat and called a friend who gallantly came to my rescue - thank you, Scott Jones!!

Le Mans is a legendary name in motorsport best known for the 24-hour car race.  The Bugatti Circuit layout used for MotoGP only utilises a small section of the famous old circuit but it still has huge appeal for the fans, the vast majority of whom choose to camp.

I have heard tales of some of the campsite antics and while I didn’t witness any of this first hand I did see some sorry states wandering around.  Particularly when leaving on Thursday afternoon when I encountered 3 very drunk gentlemen staggering around hand in hand.  The hand holding appeared to be required to keep all 3 of them upright and moving in the right direction.

On Saturday Clare arrived to spend a couple of days with me.  It was nice to get out for a meal and explore some of the beautiful cobbled streets of the old town and its stunning 11th-century cathedral.

Marc Marquez once again was unbeatable although he did decide to give the others a chance before clearing off.  The biggest surprise of the weekend was the weather.  Le Mans has a reputation for being cold and wet but we were blessed with warm sunny days.

Up next for me is a few days in Italy for my Mum’s birthday followed by the Isle of Man TT with Mugello thrown in for good measure.