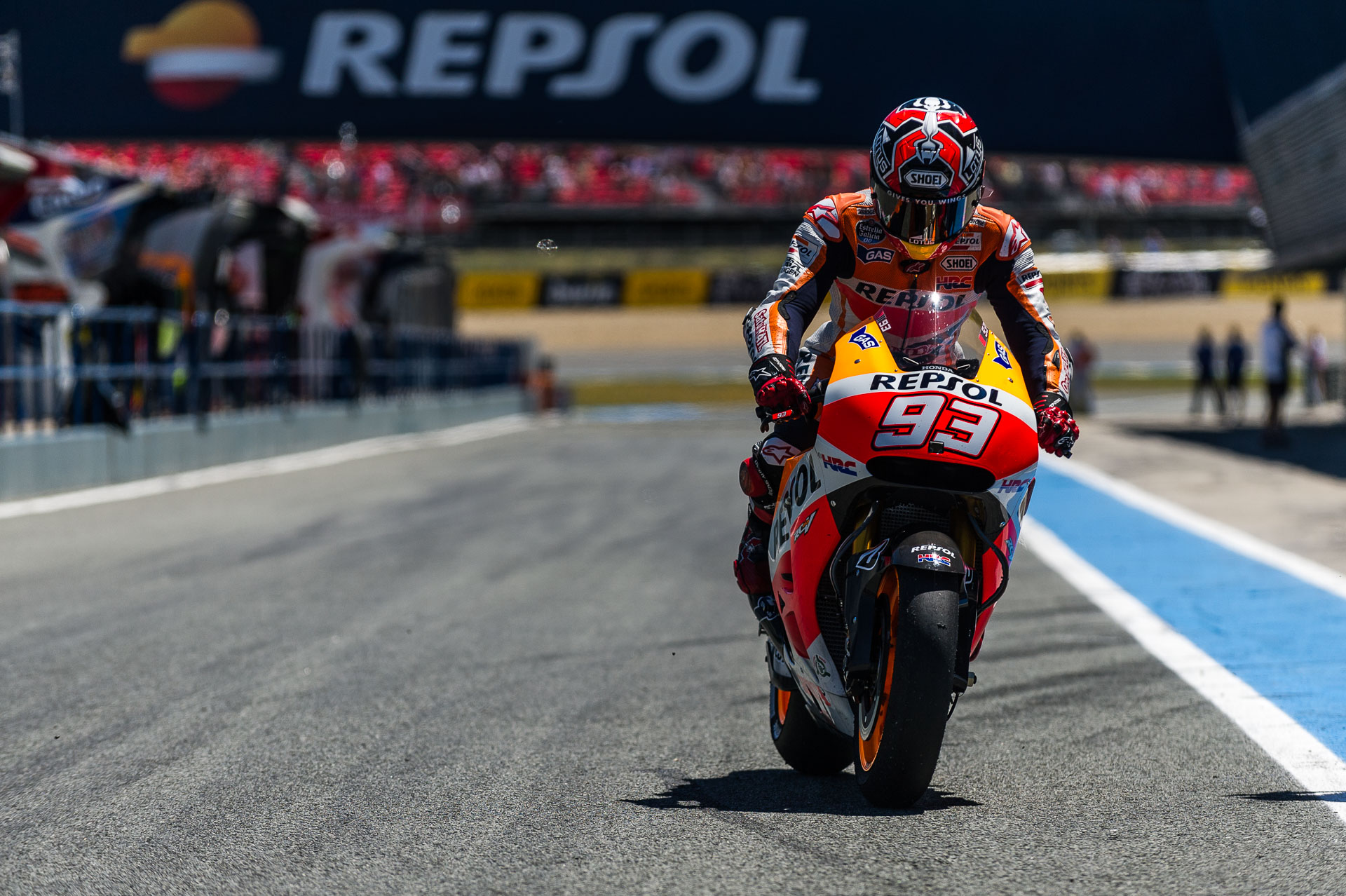 Having only had 3 days at home in 4 weeks between Qatar and Austin meant it was nice to get back and recharge the batteries prior to going to Jerez.

The bags were soon packed and I was ready and looking forward to Jerez but the fickle Manx weather had other ideas.  When I arrived at the airport in the Isle of Man it was a beautiful sunny day: an hour and a half later and a thick blanket of fog had settled over the airport.

The plane due to fly me to London was unable to land and my flight was cancelled meaning I was not able to make my connecting flight to Malaga.  I got straight on the phone to the airline who kindly changed all my flights and a few more hasty calls to sorted the car hire a hotel at Gatwick for the night.  My rescheduled flight off the Island was not looking good either but the fog magically lifted at the perfect moment and I finally made it away at 6 in the evening.

My original plan was to spend an evening in Malaga giving me Wednesday to drive to Jerez, find my digs and stock the fridge with supplies for the weekend.   This all went out the window, thanks to the Manx weather and I ended up arriving at Malaga at 10 pm which meant my first foray onto the Spanish roads was in the pitch black!

Around two and a half hours later I managed to find my apartment in what appeared to be a field in the middle of nowhere but in the sunlight the following day it proved to be quite close to a little town.

Beautiful, blistering sunshine welcomed me to Jerez on Thursday morning and I made my way to the track to pick up my credentials. Once settled into the Media Centre I decided to go for a walk around the track access road to map out my plan for the weekend.

After walking half the track I was ushered away by security as the road was to be kept clear while the Dorna track inspection took place.  I was a little perplexed as to what harm I could do from the access road but I did as I was told and wandered back to the Media Centre to take some shelter from the sun and wait for the pre-event press conference.

Once the press conference was over and my commitments for the day were completed it was time to drive back to my apartment and pick up some supplies.  That would prove to be a problem as everywhere was closed apart from the Repsol station near my apartment.  I found out the next day that it was the 1st of May bank holiday, thankfully I was able to stock up on Friday so didn’t have to subsist on gas station supplies for the whole weekend.

The weather for the weekend was fantastic if not a little too hot.  The Spanish turned up in the droves and went home happy with another dominant victory for Marc Marquez and a second for Valentino Rossi.

The Spanish are crazy for MotoGP and I don’t think you have fully experienced MotoGP until you come to a race in Spain as the noise and the colour is a thing to behold.  They really crank the atmosphere up to 11.  There was, however, one guy in the main grandstand who drove me insane.  He had a megaphone which he was shouting into all day on Sunday, in fact, if you watch the MotoGP podium you can hear him. 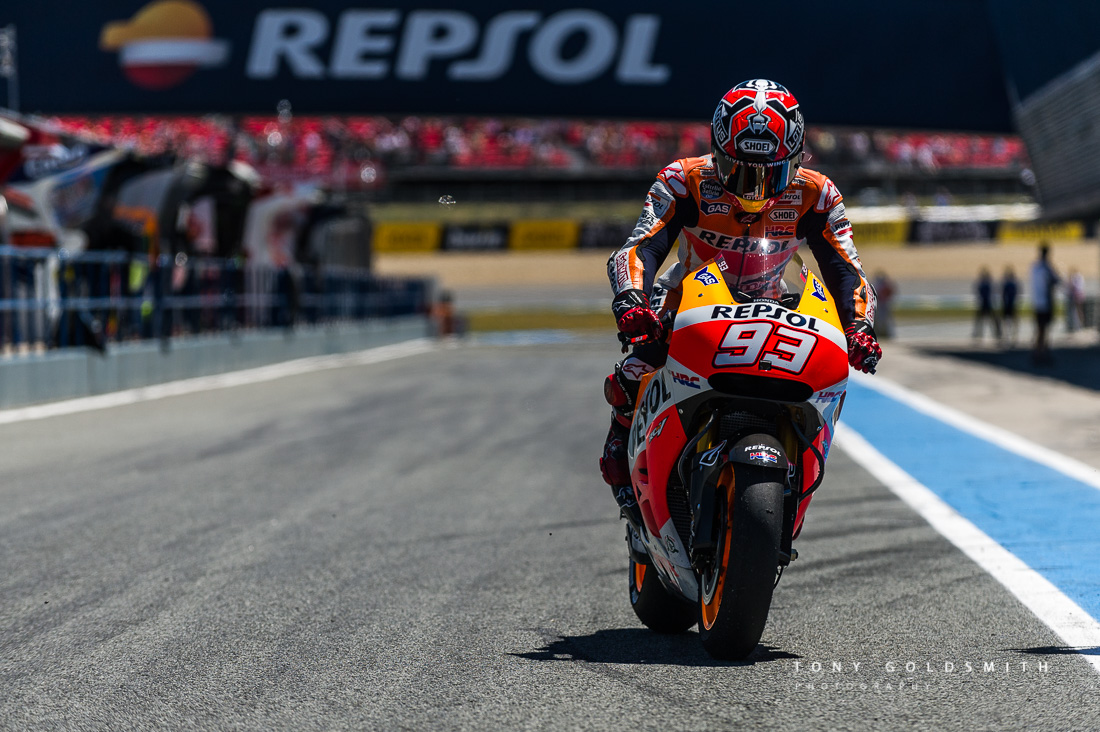 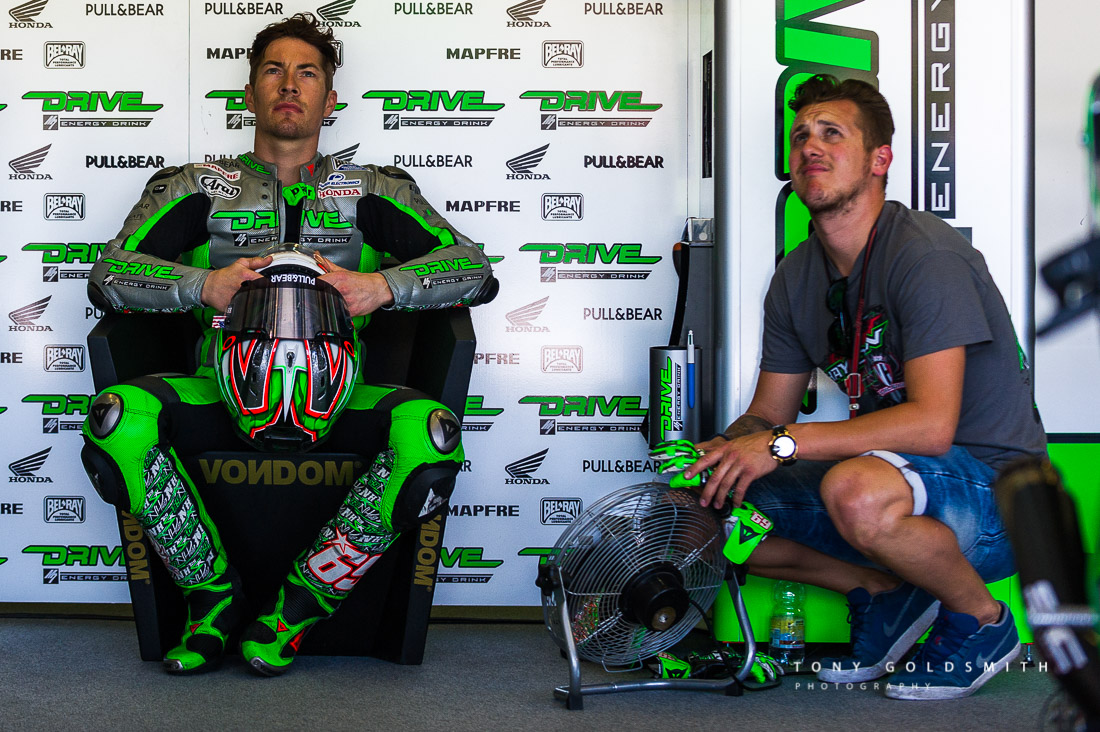 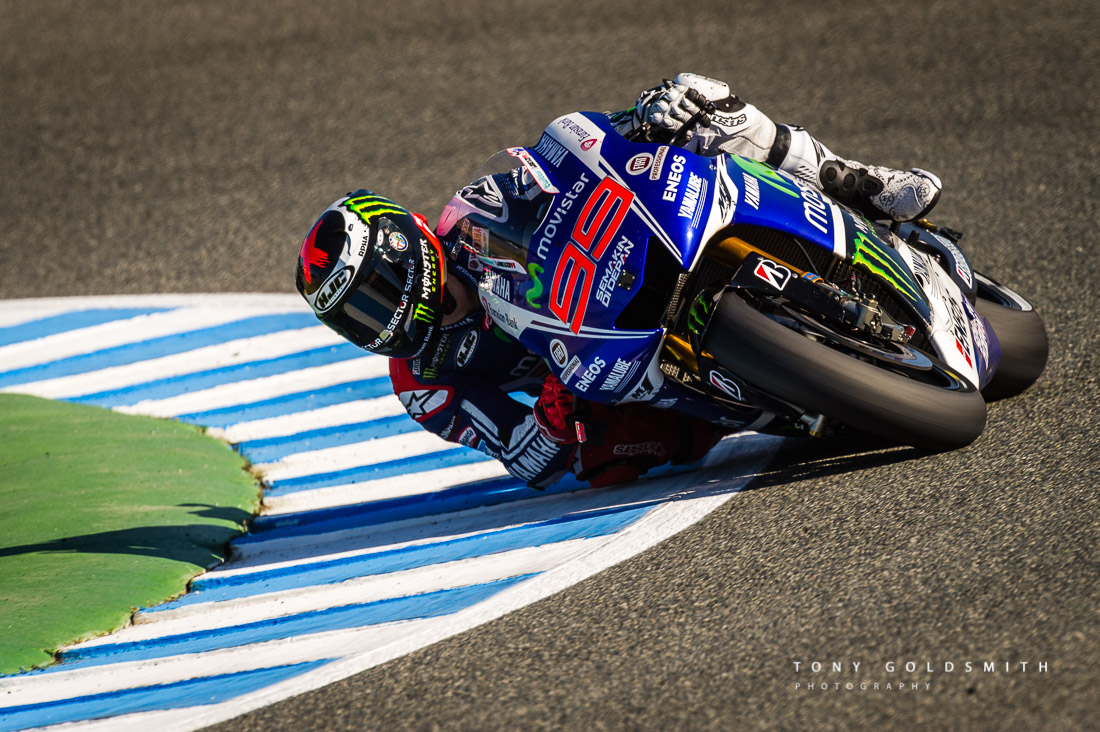 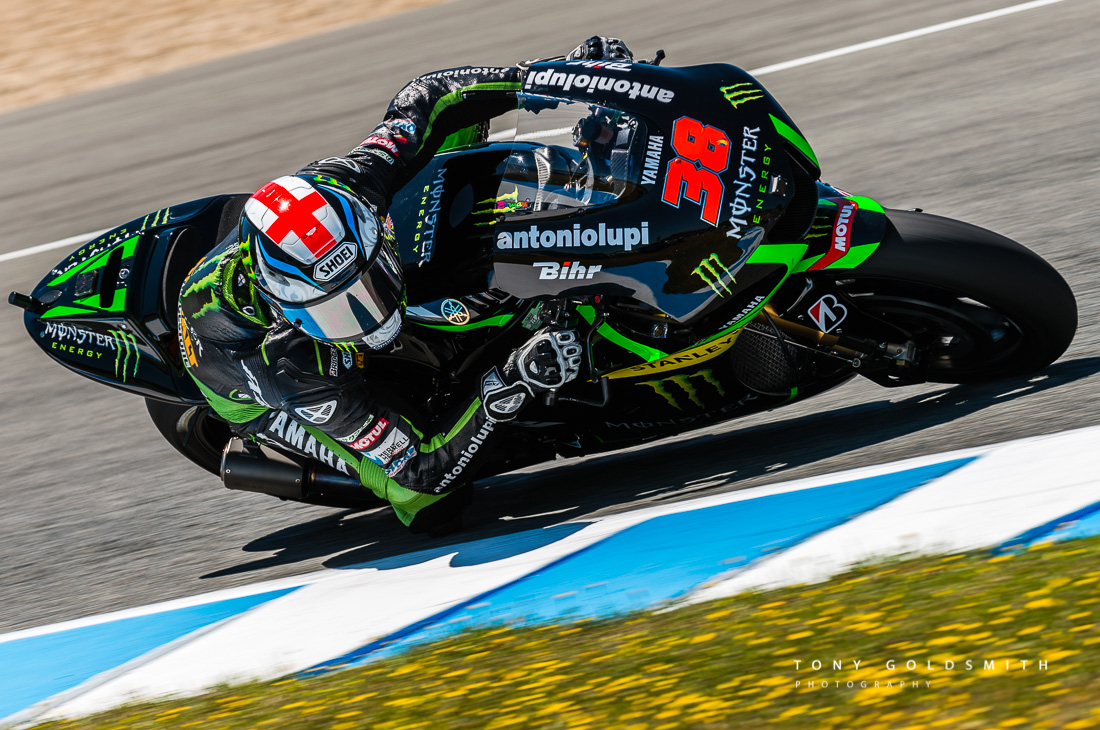 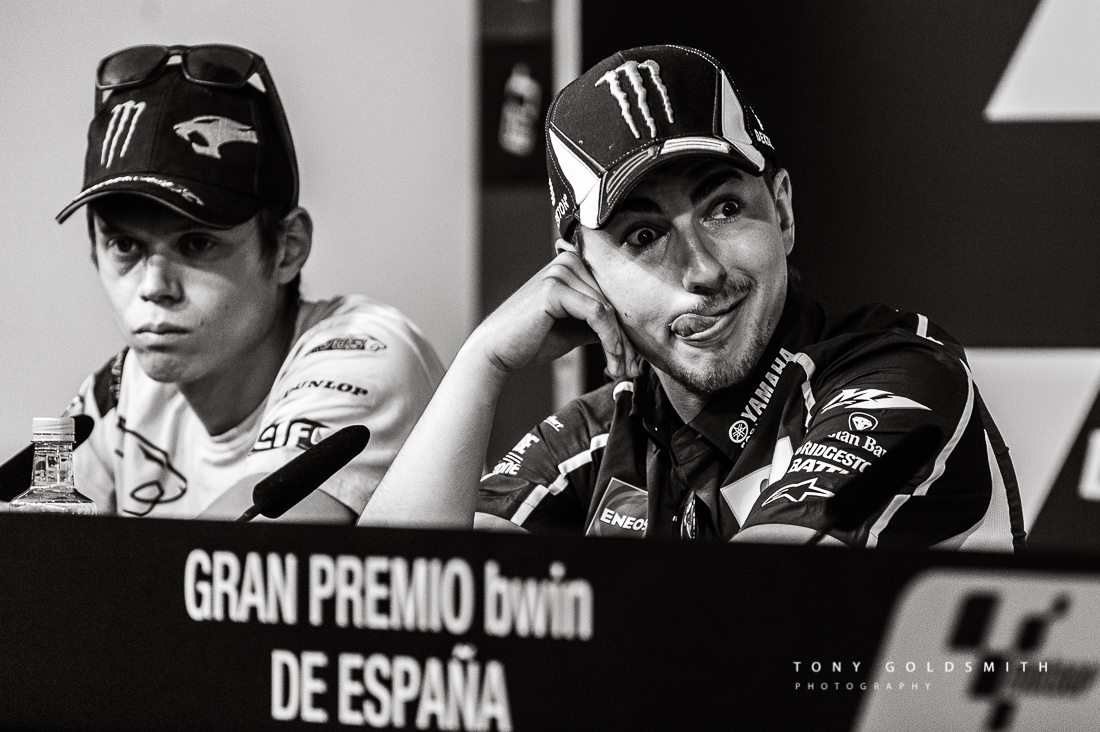 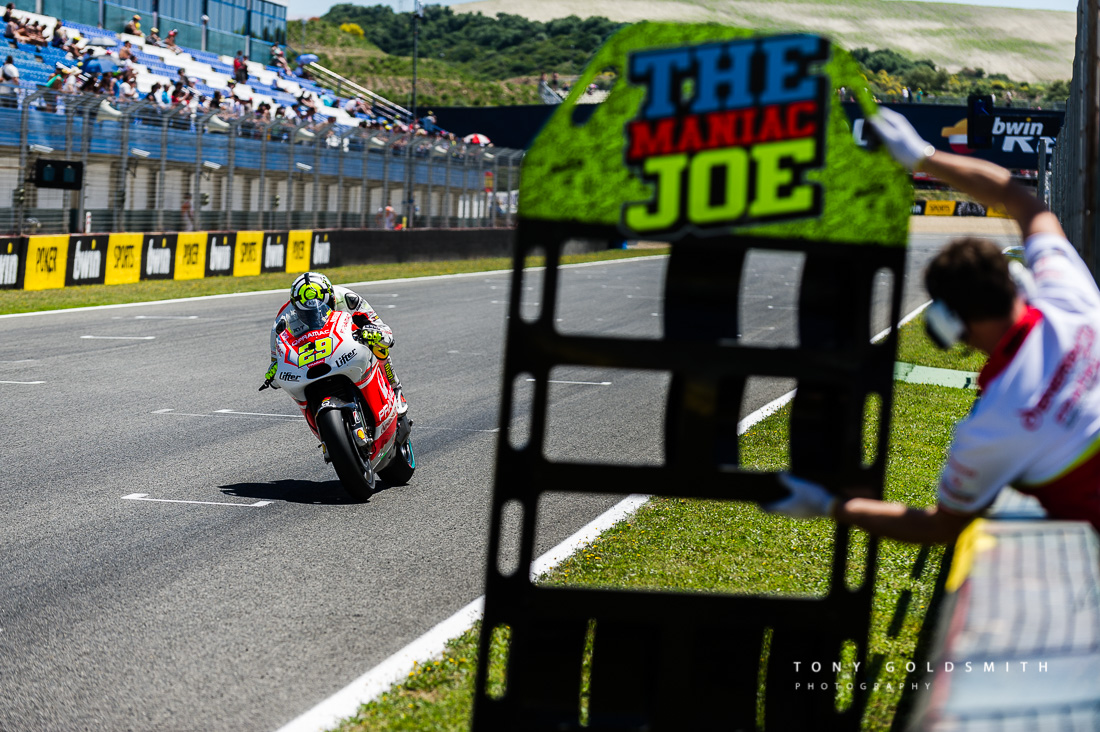 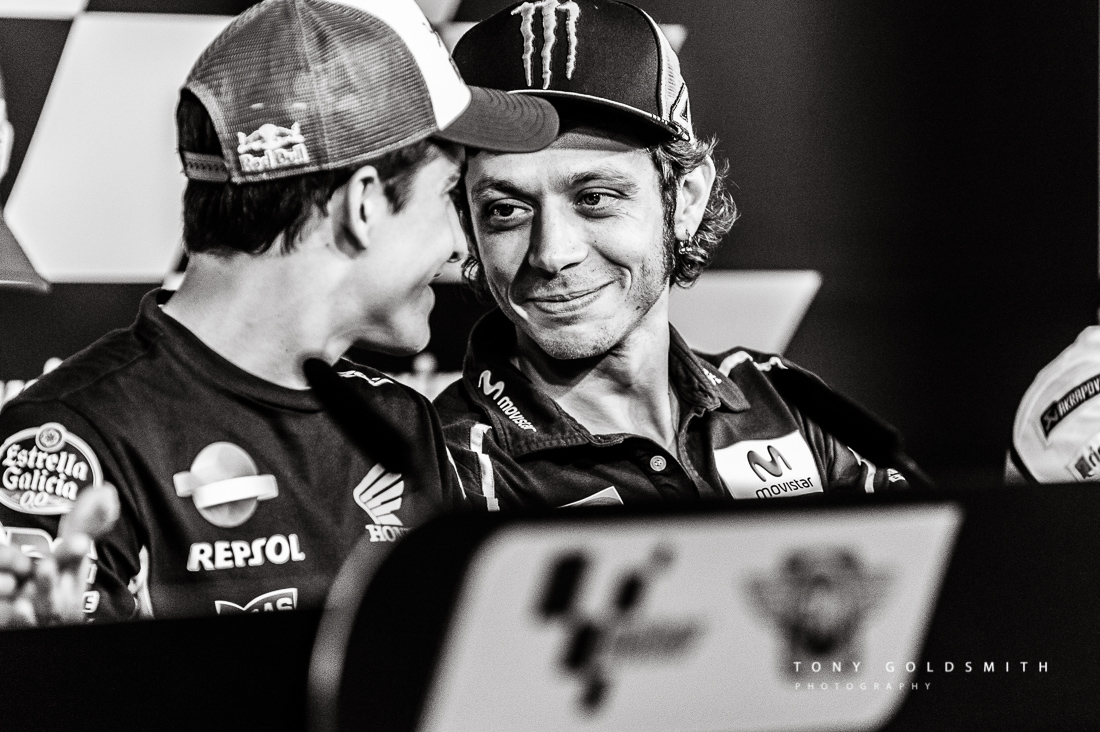 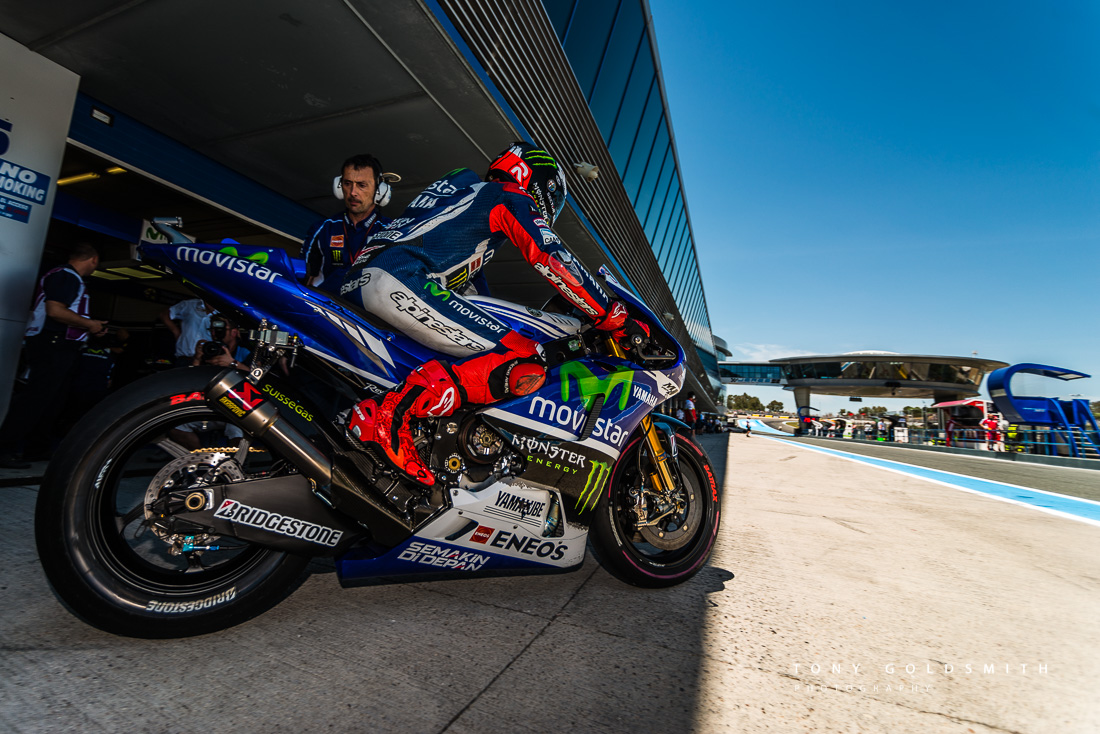 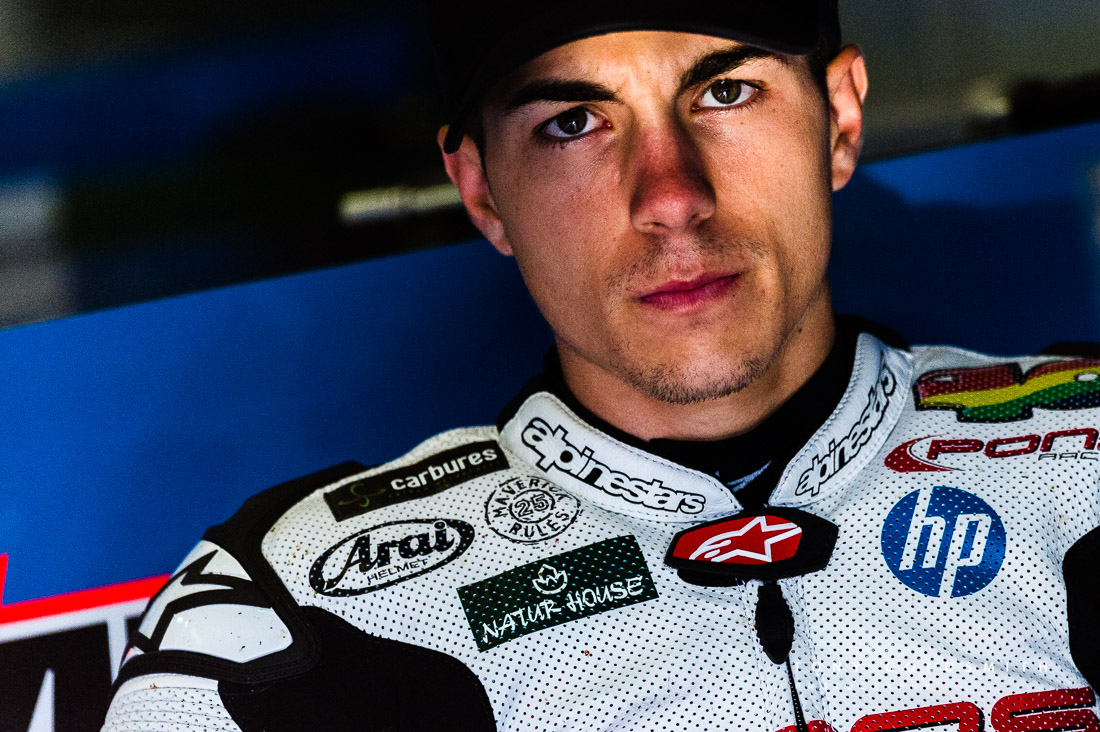 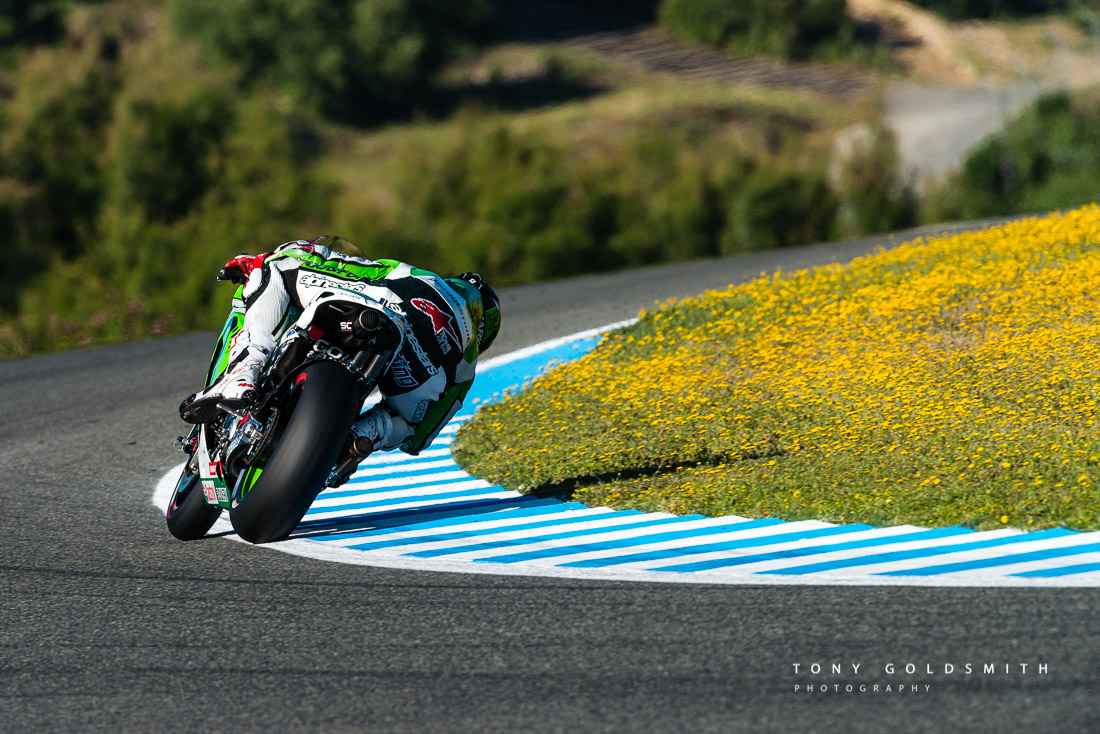 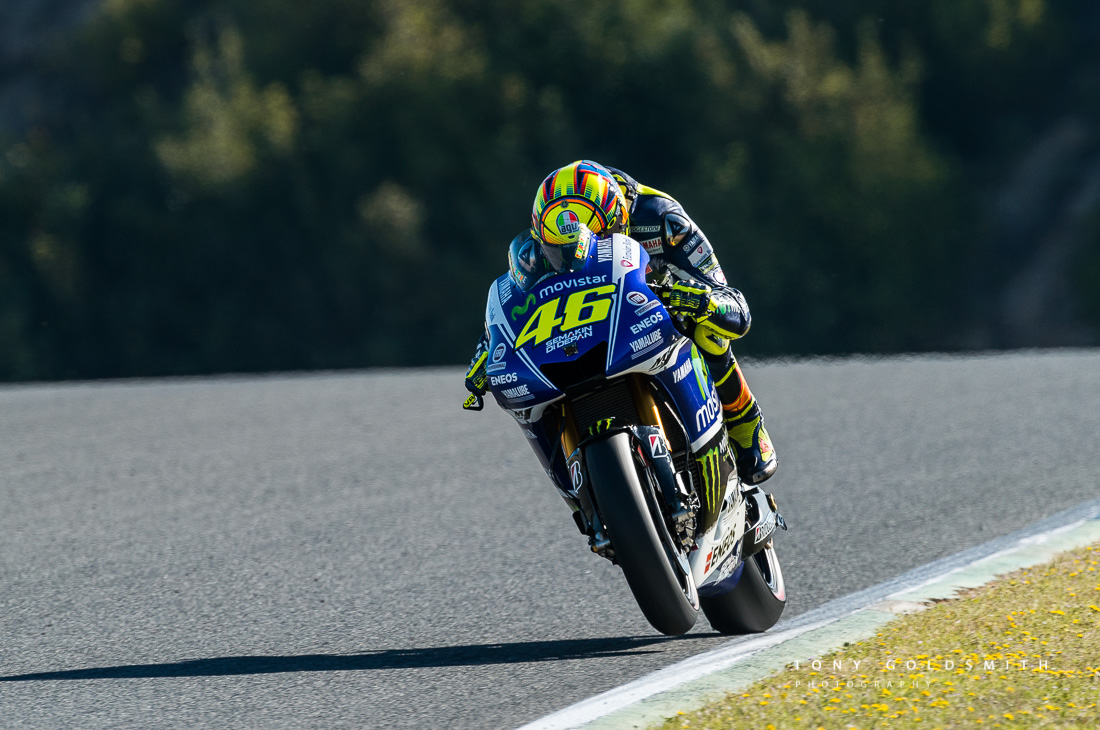 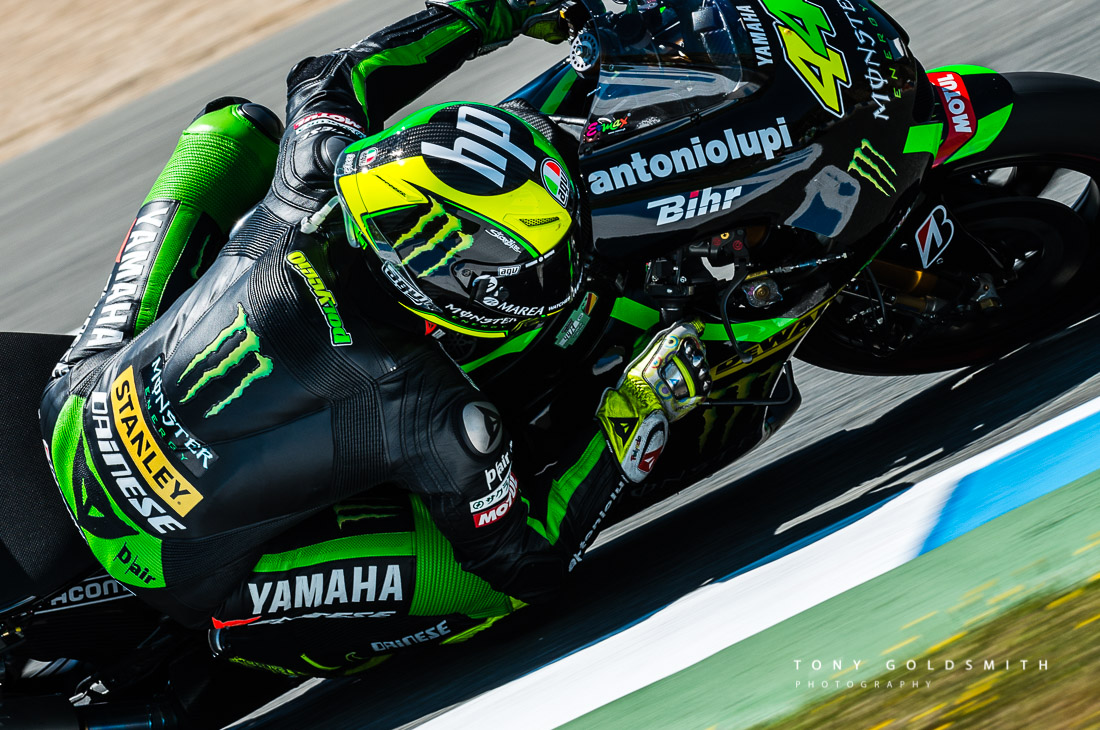 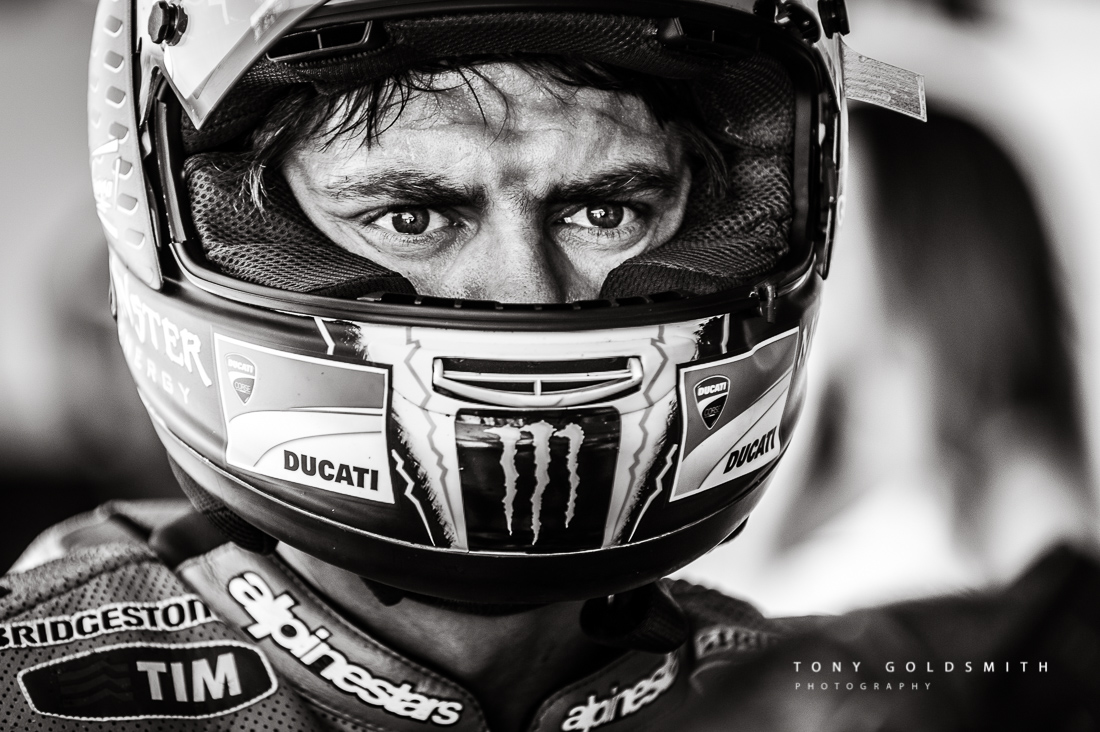 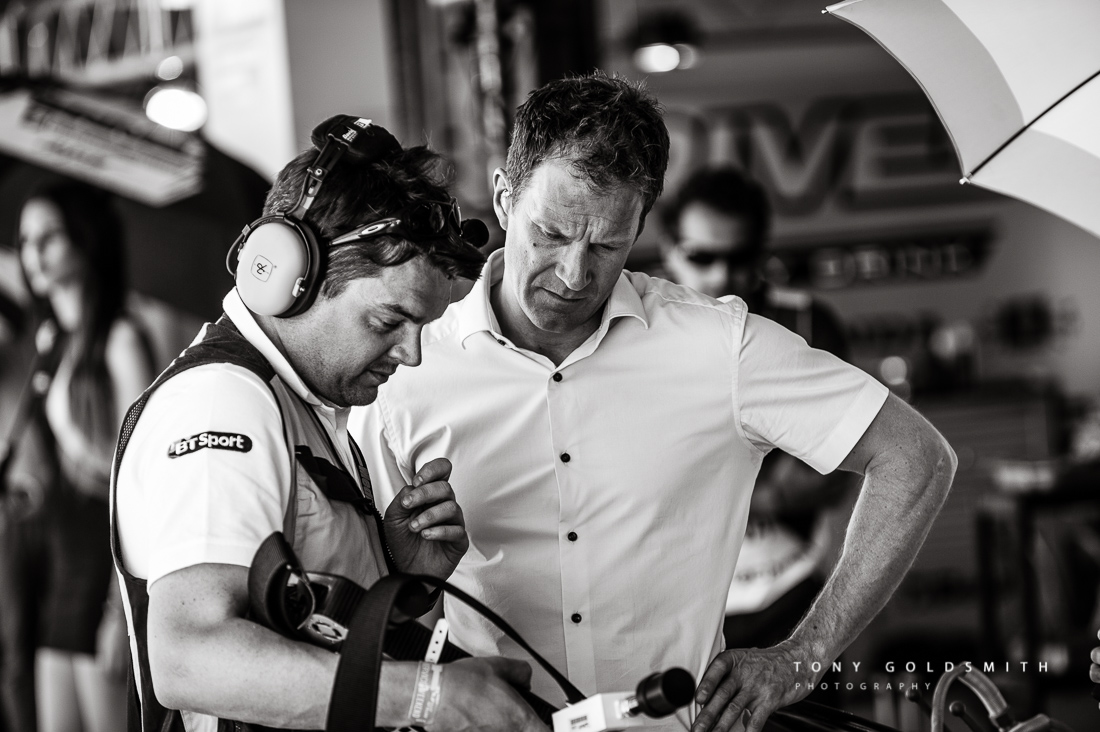 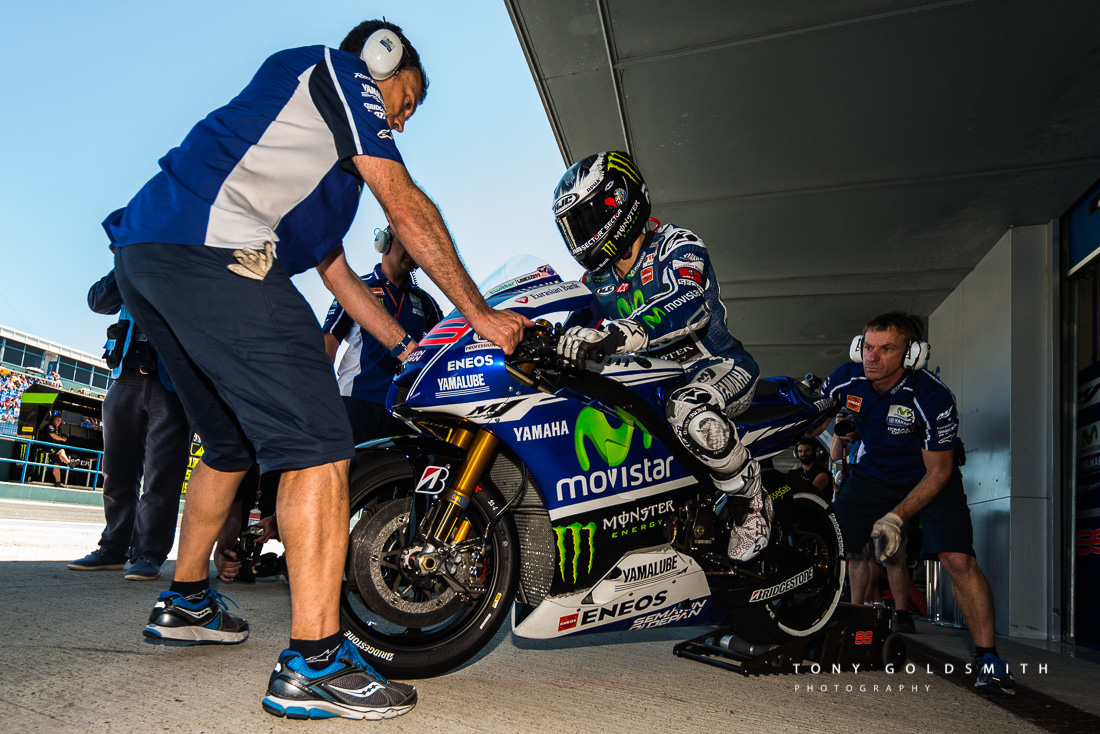 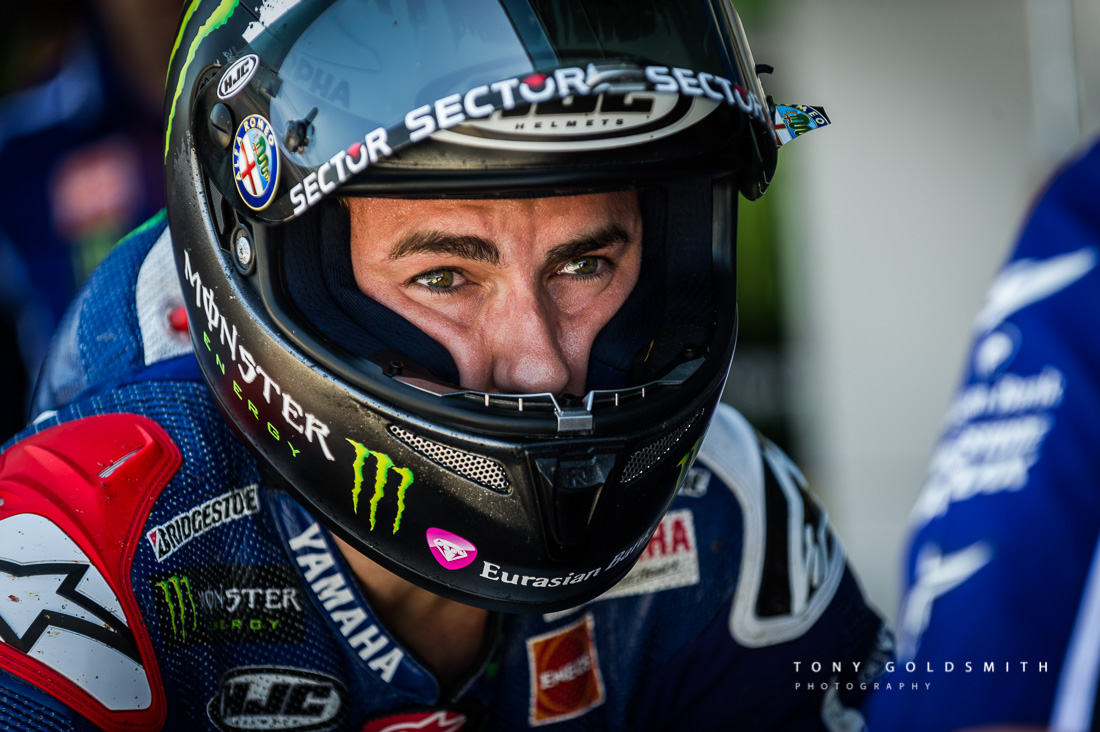 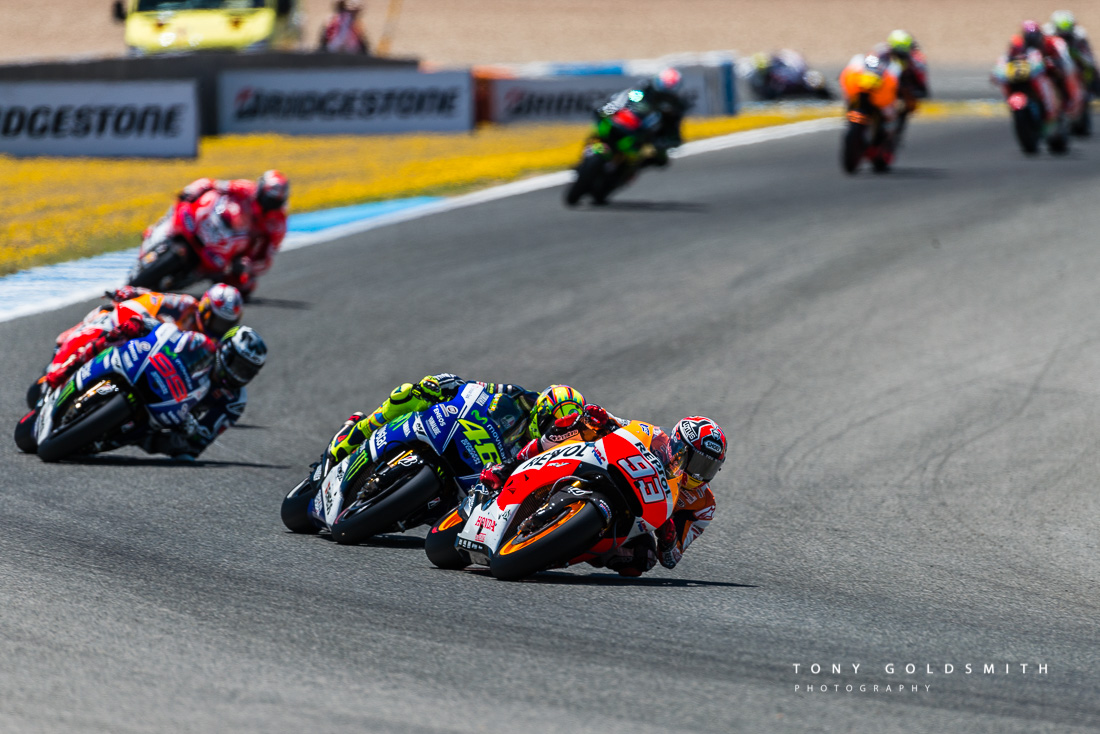 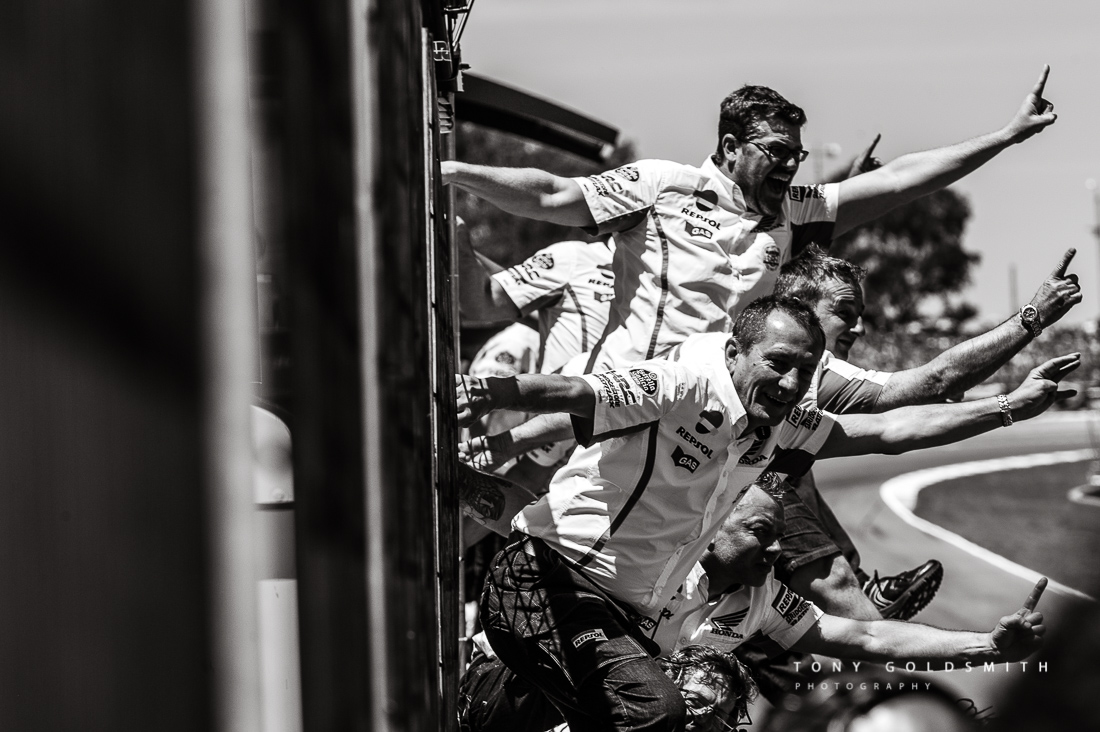