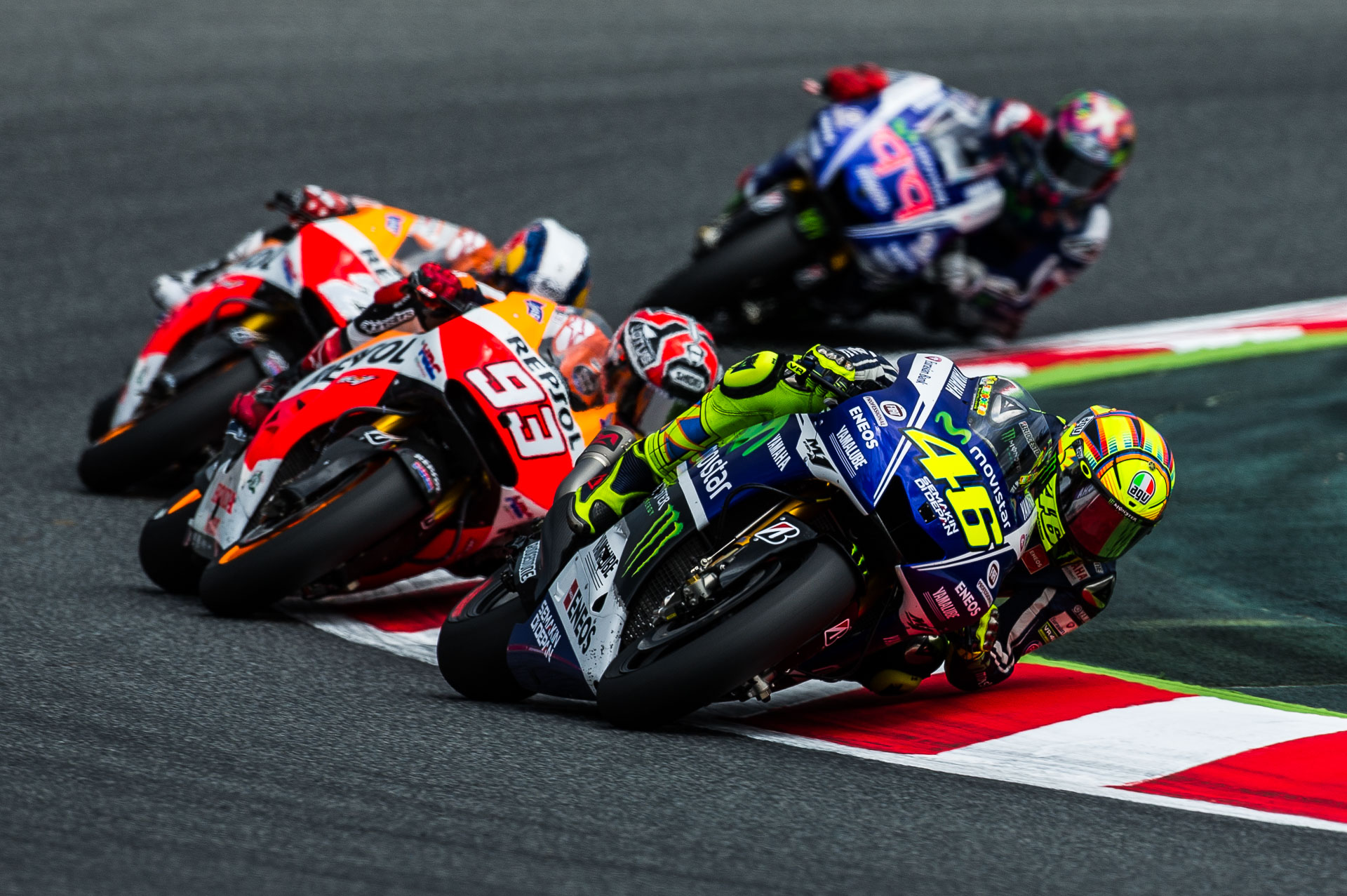 Sitting down to write about Catalunya has proven difficult. As far as Grand Prix weekends go it went without a hitch. I did have a minor problem with the GPS when I arrived in Barcelona. I entered the coordinates to my hotel and it came up with an address in Zaragoza 5 hours away. After a brief moment of panic, I came up with an ingenious idea. Why not try inputting the address, that did the trick.

For most of the Grand Prix, I’ve covered this year I’ve been fortunate enough to get a photographers vest. Having a vest gets me on the grid on race day which provides a good opportunity for portraits of the riders, particularly as the tension starts to build.

Shooting the grid does, however, pose the question of where to shoot the race. If you have a scooter it’s not an issue. As I don’t have one I have to plan ahead and either shoot around the start area or take my chances with the shuttle bus.

At Catalunya, I didn’t have a vest which therefore gave me a little more freedom to pick my location for the race. Also, the layout of the track enabled me to go to several locations and get back for the podium without having to rely on the shuttle or cover too much ground on foot.

When booking my flights for Catalunya I decided to travel back on Tuesday as the Monday flights were extortionate. This ended being a good move as I was able to go to the test on Monday.

This was my first time shooting a test which turned out to be a more relaxing experience than a race weekend. There were more places to shoot as most of the advertising boards had been removed. I also had more time to think about angles as the track was empty for long periods.

While Catalunya was hassle free, Assen did not get off to the best of starts. After flying from the Isle of Man to London without issue, I went to check in for my flight to Amsterdam to be told my flight was cancelled due to the French air traffic control strike.

We all know that the French like nothing better than a good strike, particularly during the summer months when the weather is good, funny that.

Anyway, I digress. After being informed of the cancellation I was told to join the customer service queue to re arrange my flight. I spent over 90 minutes standing in line to be told the next flight they could get me on would be 16:30 the following day. In hindsight I should have called the airline straight away rather than stand in the queue, I may have gotten on a flight the same day.

The airline made arrangements for an overnight hotel. Unfortunately, all the nearby hotels were full so I had to catch a train to Brighton. I’ve not been to Brighton before so after checking in I went for a quick look about before trying some of the local pubs.

I was concerned when returning to Gatwick the next day that my flight would be cancelled again. Thankfully it wasn’t but it was delayed by 90 minutes.

I finally arrived in Amsterdam around 20:00, 26 hours later than scheduled and 10 hours after I was due to pick up my hire car. A tip for anyone hiring a car at Amsterdam airport. If you have a tight deadline after landing, don’t use Budget. Their office is around 5 miles from the airport and you need to arrange to be picked up.

It was nearly 22:00 when I was finally on the road to my hotel which was 2 hours away. The journey didn’t start very well as my GPS got confused by what was clearly a new road lay out and I ended up in a bus lane back to the airport.

The rest of the weekend was thankfully trouble free apart from the frustrating on off rain on Friday and Saturday. We even had hailstones just as the grid was forming for the Moto2 race.

Once the race was finished I headed off to meet up with Clare in Amsterdam for a couple of days sight seeing. Before anyone asks. No, I didn’t par take, I’m more of a beer man.

Some images below from the Grand Prix of Catalunya.