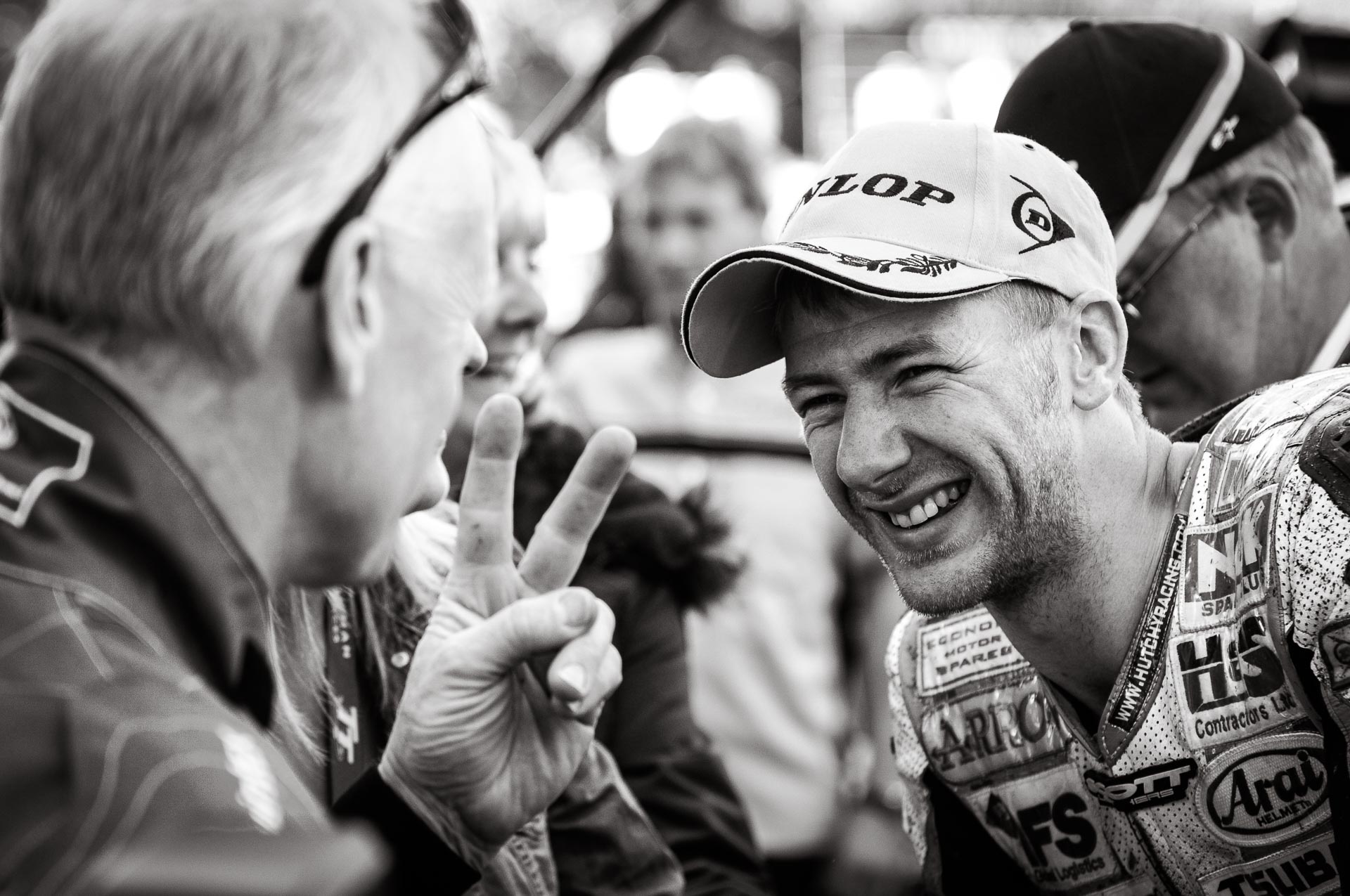 The 2010 Isle of Man TT will go down as one of the greatest in TT history. It was the year Ian Hutchinson won a record-breaking 5 races.  Of those 5 wins, 3 of them finished with a combined winning margin of 5.80 seconds.  That is a staggering statistic over 452.19 miles of racing

There was Guy Martin's fireball crash at the Ballagarey corner, the same corner that tragically claimed the life of Paul Dobbs only 24 hours earlier.  Conor Cummins crash at The Verandah was horrifying.

All of this was captured in arguably the best motorcycle racing movie ever made.  That was, of course, Closer to the Edge.

Writing this has given me the urge to watch the movie again.  Before that though here are some photos from that amazing TT.

Ian Hutchinson at Rhencullen during the Superstock TT on what John McGuinness described has the best lap he’d ever seen. Hutchy rode the wheels off his Honda Fireblade to put in a final lap of 130.741 mph and beat Ryan Farquhar by just over 1 second.

TT fans watching the action from The Mitre pub in Kirk Michael. Always a popular place for fans, especially on a warm summers evening.

John McGuinness at the start of the Cronk-y-Voddy straight during Monday evening’s practice session.

TT 2010 was the year that Closer to the Edge was filmed. The huge 3D camera that was used took quite a bit of manoeuvring.

Guy Martin during practice at what is now called McGuinness’s after 23 time TT winner John McGuinness.

Supersport TT Race 1 and Ian Hutchinson at Bishopscourt just outside of Kirk Michael.

Michael Dunlop with both wheels off the ground at Union Mills during Wednesday evening’s practice session.

A clearly emotional Ian Hutchinson returns to the Winner’s Enclosure after the Superbike TT. That was Hutchy’s first “big bike” win at the TT.

Cameron Donald at Braddan Bridge during the Superbike TT. He finished 3rd in the race despite overshooting at The Nook.

Ian Hutchinson gets a hug from his girlfriend after winning the Superbike TT.

The start of the Superbike TT was delayed due to the mist. You can see in this picture just how bad it was.

Michael Dunlop at Ballacraine during practice after Thursday’s racing.

Guy Martin on the grid prior to the start of the Supersport TT.

Paul Dobbs at Union Mills during practice. Sadly he crashed at Ballagarey during the second Supersport race and was tragically killed.

The Winners Enclosure at the end of the 2nd Supersport Race. I’m not quite sure what Clive Padgett is trying to say to Ian Hutchinson.

Guy Martin at St Ninians on the first lap of the Senior TT. Around 19 minutes later Guy was sliding through a fireball after his spectacular crash at Ballagarey.

Conor Cummins on Bray Hill during the Senior TT. Conor’s race would come to end in horrifying fashion when he crashed at The Verandah. Thankfully he went on to make a full recovery.

Ian Hutchinson gets a face full of champagne from Bruce Anstey after winning the Senior TT.